When street children can don national colours to represent Pakistan

Pakistani street children will represent the country for the first time in a football World Cup - a moment of pride!
Zohair Hassan June 28, 2013

It was a sweltering Saturday afternoon, when a group of young street children stopped to watch another group of children play football on a playground in New Karachi. The sport had captured their young imagination and they looked at the game longingly.

The coach noticed these children - who were seemingly returning from garbage collection - and asked them to join in the football practice. They rushed forth with excitement and realised that the children they were playing with were ‘street children’ as well. This made them feel comfortable and so they played their hearts out.

This was a practice session of Street Strikers Football Club, preparing for the Street Child World Cup (SCWC) to be held in Brazil next year.

The SCWC is a global event, held before the prestigious FIFA World Cup, and aims to provide street children across the globe protection and opportunities available to other children through football, art and their unique International Street Child Conference (ISSC).

Up to 20 countries are taking part in the second edition of the SCWC 2014. In Pakistan, the project has been undertaken by the Azad Foundation, a local organisation which works on the rehabilitation of street children in Karachi and provides them with shelter, food, education and counselling.

Azad Foundation has partnered with organisations in Peshawar, Quetta and Islamabad to recruit players for the Pakistan team for SCWC 2014.

According to the United Nations, Pakistan has an estimated 1.2 to 1.5 million children on the streets, vulnerable and exposed to drug abuse, sexual abuse, crime and other forms of exploitation.

It is a unique opportunity for these children to engage in various activities vis-à-vis football to improve their lives and lay the foundations for a better future.

Football provides these children the opportunity to express themselves, be creative and engage with others. The ills of street are behind them, and along with football, these children learn to hone important social skills such as communication, tolerance, and an adherence to rules and leadership.

All children are born equal and deserve the best, it is a matter of luck and circumstance that some end up on the streets. Development organisations around the world are using sports to address various issues such as homelessness, poverty, education and health.

Sports speak a universal language - where bats and balls are the instruments used to dictate the rules of engagement. As opposed to formal education, sports attract a greater number of children, thus providing a platform to address a multitude of issues.

It is a proud moment for Pakistan when our street children don the national colours, and for the first time, represent the country in a football World Cup.

These children are a beacon of hope for thousands of other street children who, if given the chance, can improve their lives through this medium.

Let’s hope this initiative knocks some sense into our sports board and awakens them from slumber. You never know, the next Ronaldo or Messi could be dribbling his way around the streets of Karachi this very minute! 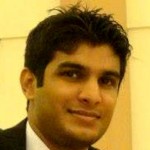 WRITTEN BY:
Zohair Hassan A graduate in Economics and Political Science from LUMS. He is passionate about changing the scope of sports in Pakistan.
The views expressed by the writer and the reader comments do not necassarily reflect the views and policies of the Express Tribune.