My father's battle with Parkinson's They're armed, dangerous and crazy about lawn!

The lives of millions of women in Pakistan are circumscribed by traditions, which enforce extreme seclusion and submission to men, many of whom impose their control over women with violence.

For most part, women bear with stoicism, traditional male control over every aspect of their bodies, speech and behaviour. According to the Human Rights Commission of Pakistan, it is estimated that a woman is raped every two hours, a gang rape occurs every eight hours, and about 1,000 women die annually in honor killings.

I am not a feminist and I don’t believe men and women are created equal. I believe women are physically weaker than men but I also believe women deserve to be respected and are not meant to be objectified. Most women in Pakistan are illiterate and do not know that they do not deserve the violence that they experience, or that they have an option to resist it.

Therefore most of the violence against women, particularly in the domestic sphere, goes unreported. Approximately 70 per cent to 90 per cent of Pakistani women in rural areas are subjected to domestic violence. Typical violent acts include, murder in the name of “ honour” rape, spousal abuse including marital rape, acid attacks, and being burned by family members (often labelled an accident by family members). One recent example is the high profile case of Samia Sarwar who was murdered in her lawyer’s office in April of 1999 by her family because she was seeking a divorce from an abusive husband.

Even though Islamic law requires that both partners explicitly consent to marriage, women are often forced into marriages arranged by their fathers or tribal leaders. Another case involves 17 year-old Nagina Bibi from Tarali Kalan near Islamadad, who was engaged by her father to her cousin against her brothers will who wanted her to marry his brother in-law.

On April 14th, 1999 Nagina’s brother saw her talking to the cousin chosen by their father on the street; he was accompanied by another brother who reportedly tied Nagina with a rope to a wooden post in their home, sprinkled kerosene over her and set her on fire. Neighbours had her admitted to a hospital with 75 per cent burns, which the family claimed it to be due to a stove bursting. Nagina told doctors that her brother had set her on fire because she had disobeyed him. Nagina died after 23 painful days in the hospital. It is not known at present if the brothers' case has gone to court.

Most people in our society use religious teachings to justify domestic violence. Women are subjected to discrimination and violence on a daily basis due to the cultural and religious norms that Pakistani society embraces. The Quran tells us time and again that women should not be treated harshly.

Yes, it is up to the government to pass bills for protection of women. However, the real power lies in the hands of the women themselves. They are the only ones who can protect their rights by taking a stand, but sadly they are petrified to such an extent that they believe they have no rights at all. It is up to us educated women to help educate these illiterate women, to educate them about the rights they have.

Media play a pivotal role in our society. Even little villages have television sets where women get together at night to watch dramas. I spoke to a few maids in different households and I was very surprised to see almost all of them were aware of the main actresses and models in the Pakistan media industry. My plea is to female celebrities in Pakistan who talk about women empowerment and seem to attend parties for charity almost every weekend; you as celebrities act as role models for many women in Pakistan. Why not use that strength to empower these women with the knowledge of their rights. There are many shelters for oppressed women in Pakistan, why not visit these shelters and help them regain control of their lives.

We can at least dedicate a day in a week of our lives to help these women.  Violence against women can not be ignored. The success of combating violence against women depends on a change in prevailing societal norms and this process can only be expedited by the intervention of educated women.

Nojeba Haider is a corporate banker who tweets here 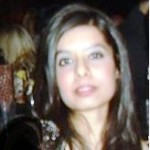 WRITTEN BY:
Nojeba Haider A corporate banker based in Karachi. Nojeba tweets @nojeba.
The views expressed by the writer and the reader comments do not necassarily reflect the views and policies of the Express Tribune.

maimoona | 9 years ago | Reply | Recommend we live in such a society where ppl only speak wat they really want to and on which they feel some kind of pleasure we see deprivation in society in the name of ethic , morale ppl judgmental abt the subj of women they show there stereotyping attitude , prejudice the whole scenario becoz women are the only subj for the violence they r the victim of there own closest relation many factors lead to they kind of unethical condition lack of encourage of female education we r the victim of misconception abt religion
Madiha Mustafa | 9 years ago | Reply | Recommend im surprised to c no comments...although this article needs serious consideration...well written..um speech less...as all of us want to contribute towards women rights but fail to do so...
Replying to X
Saved ! Your comment will be displayed after the approval.
Error !
Error! Invalid Email.