My Blackberry and me: A love-hate relationship

There is a chance that the Pakistan government will block BlackBerry services completely as after 9/11 there has been an increase in monitoring electronic communications.
Maha Amin August 13, 2010

There are reports that the BlackBerry maker, Research in Motion (RIM), has come to an agreement in Saudi Arabia and the government will now have access to RIM’s communication service for BlackBerry Messenger. However, as of yet, RIM in the UAE has not agreed to give the government access, meaning that the plan to suspend BlackBerry services starting October may continue.

The debate between governments and RIM is not new and the Indian government raised security concerns about messages shared via the BlackBerry in 2008, when they suspected militants used the phone to plan the 2008 Mumbai attacks where 166 people died. RIM has said that the security architecture on the phone excludes RIM or any third party from reading encrypted information shared via Messenger under any circumstances. But the government has now threatened to block BBM or Blackberry-to-BlackBerry messenger service if a solution to monitor messages is not offered within a few days.

Algeria and Lebanon are making similar claims but as yet the Pakistan government has not done so. Even now BlackBerry users are facing problems in Pakistan as the services that were temporarily blocked during the Facebook fiasco were never completely restored. There is a chance that the Pakistan government will block BlackBerry services completely as after 9/11 there has been an increase in monitoring electronic communications for security reasons.

This will mean that the BlackBerry will no longer be able to boast what has made it so popular with the younger crowd, the BlackBerry Messenger, and will now only be a phone like any other. If blocking these services meant that attacks and suicide bombs would lessen then this would make sense, but alternatives such as encrypted Skype calls, will always exist. It is quite likely that the non-violent majority who use the phone will be the ones bearing the brunt of the ban. 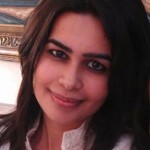 WRITTEN BY:
Maha Amin A LUMS graduate working as a sub-editor on the Life & Style pages of The Express Tribune.
The views expressed by the writer and the reader comments do not necassarily reflect the views and policies of the Express Tribune.