While many first time owners dream of buying car with exotic colours, what drives them to settle for a neutral shade?

Colours have a great deal of symbolic meaning. They represent a variety of concepts, emotions, personality, and cultural significance. Every person has their own choice in colours. A colour can influence how we feel. Colours can also evoke memories within us. On another level, colours are effective means of communication that can signal movement, affect mood, and even affect physiological responses.

Interestingly, colours also have a significant role in purchase of a car. Once the make and model are decided, the next thing you're looking at is the colour of the vehicle. When planning to buy a car, people always think of their dream car or the favourite colour. Some people take into consideration the different aspects of how the colour of the vehicle can impact their long-term planning. They often go against their will and buy a car that is in the most popular or in-demand colour.

There is one colour that is much more preferred than the others. Can you guess? According to Axalta's rankings of the world's most popular car colour for its Global Automotive Color Popularity Report, like in previous years, once again, white turned out to be the most popular car colour. Thirty-five percent of the new purchases were white. If you guessed white, that is probably because that is the colour you see most on the roads.

Familiar with the popular old joke? What do you get if all the vehicles in the country are painted white? The answer: A white car nation. Well, according to the stats, that is not far from being the case globally.

There are several reasons why people opt for neutral colours like white and black. Impact of weather, resale value or demand, availability, a colour that will not be disliked by most buyers, and even factors like the place of your residence play a role in deciding your car's worth as select paint shades enjoy a higher preference in some locations.

Colour affects a car’s resale value. Depreciation is the most considerable ownership expense for a car owner, although this fact usually only becomes apparent when it's time to sell the automobile. While numerous elements go into determining the resale value of a car, one crucial aspect that the seller frequently ignores is the colour of the paint.

The exterior colour of a car significantly influences its resale value, and therefore, people usually go against their choice to buy a colour that is safe and easy to sell. A car enthusiast, expert and co-founder of Pak Wheels, Suneel Sarfraz Munj, says that even if you go back to the 1990s, every year, car companies highlight and advertise their signature colours. "You can see that the signature colours are not the basic colours, but when you check the buying pattern, you will see that people mostly go for the safest colours, which are black and white.” Munj, owner of multiple cars of multiple colours, adds, “Even if you buy an old car from the 1990s or 2000s, you will naturally go for neutral colours considering the ease of selling the car. Also, as the demand for the other colours is low, it may become difficult for the car owner to sell a car if they are planning to switch to something else.”

Maintenance of car also matters in setting the resale value. There is a high chance that the darker shaded vehicle won't look as pristine as, say, a silver or white coloured one, and that is something that has already affected the resale value. A prospective buyer would be wary of putting their money on a vehicle that would be difficult to maintain. The combined effect leads to a poor resale value. Popular colours, white and silver, are known to be easy to maintain as minor scratches can be easily concealed. As some paint shades are known to lose their sheen slower than other colours, a used car with a silver exterior might look newer than a similar model in a dark or an odd paint shade.

Recently, in Pakistan, we have seen a rise in the prices of cars, resulting in the cost of car increasing from the original price at the time of buying. Farrukh Javed, a car trader in Karachi, says that white and silver cars are found to depreciate less than the other coloured cars. "If a person bought a white car and plans to sell it within a year, it might depreciate at an average of just 4.5 percent over a three-year ownership period, which is seventy percent less than the depreciation for cars with odd colours. That is why people go for white and silver cars, new and used, more than any other car.” 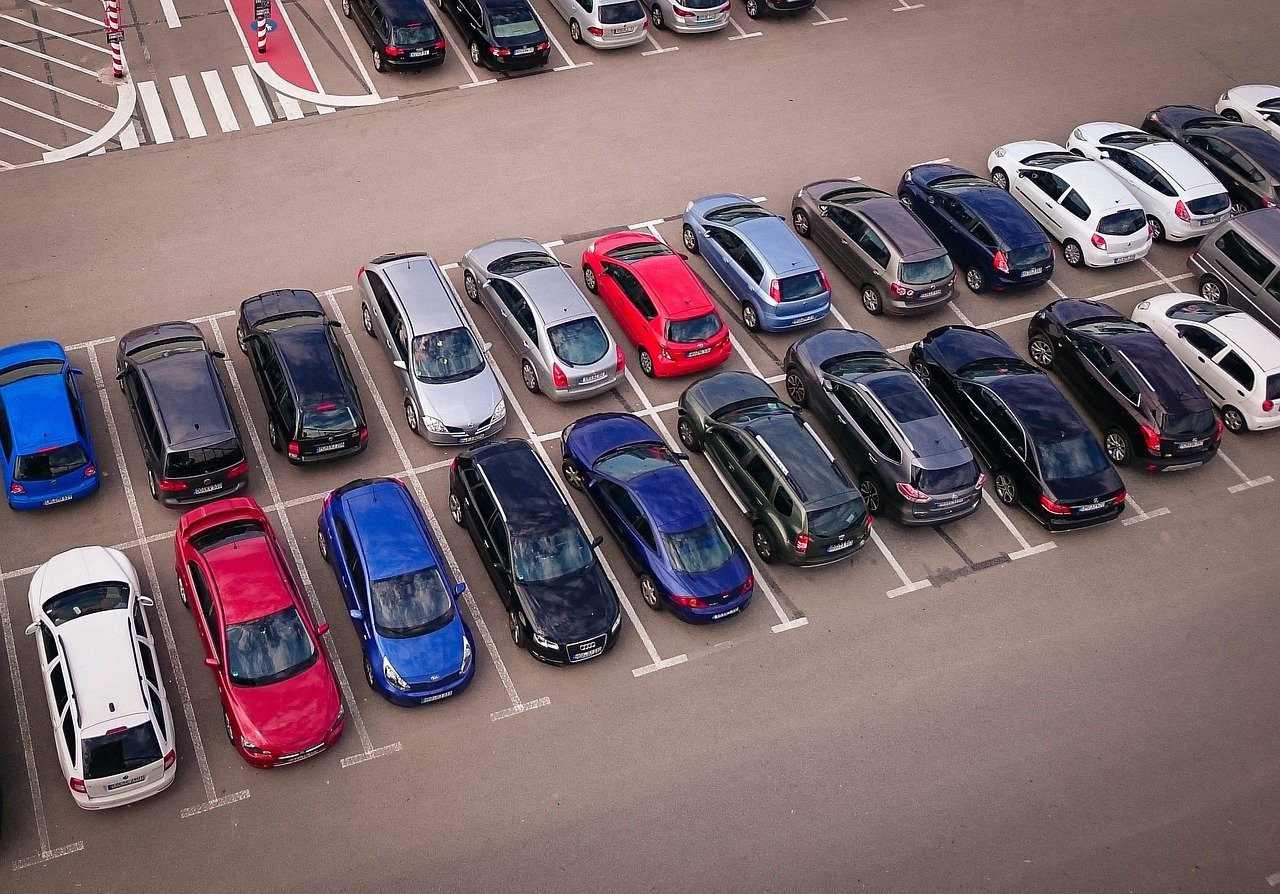 Impact of weather and area

Every region has different seasons throughout the year, and weather patterns significantly impact the choice of colours of cars. Impact of colour on a car's resale value differs, depending on the area. In Pakistan, the most popular colours, in all regions, are white, silver, and black.

According to a study of the Berkeley Lab Environmental Energy Technologies Division, cars with darker shades absorb more heat than lighter shade cars. Vehicles with darker shades are thirty-three degrees Fahrenheit hotter than lighter shaded vehicles. The study showed that due to this, cars with a lighter colour use less air conditioning, resulting in less fuel consumption and less contribution to pollution.

Munj highlights that in the late 2010s, there were no white cars in London, and people only preferred dark blue and other shades. "Now you will see white cars in London too. In Dubai, a white car is preferred due to the hot weather, and as some of our choices are influenced by Dubai, we also have more white cars.” He adds that the geography of a region also impacts the decision of which colour to choose. Some colours look good in desert and others in the snow.

Even if you have done all your research and considered all the complications of buying an odd colour car, you still have to face a barrier. You will have to wait longer to get your car in Pakistan if it is an odd colour. While introducing a new model, car companies advertise the range of colours they offer, some of which are limited editions. A limited edition usually attracts people who want to stand out instead of blending in. Other colours are also challenging.

In Pakistan, the top three car brands are Honda, Toyota, and Suzuki. These three are the most purchased brands in Pakistan; Suzuki tops the list, followed by Toyota and Honda. But these brands also focus on neutral colours that have a higher demand.

Sometimes, even if you plan to buy an odd colour, you may end up purchasing a neutral one. Some people consider the resale value aspect, but some car buyers go for the colour they dream of having but cannot get their hands on it.

Humayun Ahmed Khan, who recently purchased his first car, opted for red, following his childhood red Ferrari dream. "I booked my car in red last year, hoping I'd get my hands on a cherry red car very soon. I chose the colour because, as a child, I had always wanted a red Ferrari. I could not afford a Ferrari, but I was buying my very first car, and that is what pushed me to go for the red colour.” However, it went differently than what he had planned. "While the dealership booked the colour happily and gave me a tentative delivery time of four months, I was astonished when upon inquiring after five months, I was told that the company had stopped manufacturing the car in red colour. The car delivered to me was white. I don't deny that I still like my car very much, I would have been happier had I gotten it in red colour as per the commitment made to me by the car company at the time of booking.”

A brand marketer at one of the famous car manufacturers in Pakistan explains why the odd colours are challenging to get. According to him, when a company introduces a new model, it manufactures all the colours that have been advertised. Depending on the market demand for colours, production is focused on those colours. He explains, "In Pakistan, whenever a new model is introduced, the most selling colours are white and silver. This is a fact known to every car company in Pakistan. So, if a company is getting more orders of white and silver, why would it stop its production line and work on the limited units of odd colours? It is not that they completely halt, but considering the demand, manufacturing is more focused towards those colours.”

Are colours vanishing from the world?

Well, this question can be applied to cars and other things. Brands, construction sites, restaurants, or cars, we see that globally, the focus is towards the safest or neutral colours. Are car colours really vanishing? In some parts of the world, this can be considered valid, but in other parts, different colours, predominantly yellow, are becoming quite popular. According to an analysis by iSeeCars.com, after comparing prices of more than 650,000 three-year-old used cars that were sold, it was discovered that yellow, orange, and purple colour cars had the lowest depreciation rate. Overall, yellow is the vehicle colour that holds its value best, depreciating seventy percent less than the average vehicle. According to the website, yellow vehicles are so novel in the secondhand marketplace that people are willing to pay a premium price for them.

There are some benefits of buying bright colour cars. According to a Mapfre study by the University of Auckland, New Zealand, brown, black, and green cars are involved in more accidents than grey, red, and yellow ones because the latter are more readily visible to other drivers.

In Pakistan, the red colour family is gaining some popularity, but the focus of buyers is still towards white, silver and black, which are considered the safest colours. This is because every buyer, while buying a car or choosing a colour for their vehicle, believes that someday they will have to sell it. They go against their desired colour, and drive for years a car that is of the colour they didn't want just so that it could be sold at a higher price someday.