A utopia fashioned in hell

In recent weeks, survival drama Squid Game has become the latest Korean sensation to take the world by storm

Unless you spent the last month in hibernation or under a rock, you would have heard about Squid Game, the widely popular Korean show that has become all the rage over the past few weeks. The nine-episode long dystopian drama is the most-watched in every country where Netflix provides its services and has already become the streaming platform’s biggest original show ever, beating Bridgerton.

The plot revolves around seven individuals who are among 456 people who agree to take part in children’s games to win staggering cash prizes to pay off crippling debts. The catch? The losers die.

It is hard to pinpoint the exact reason behind the massive popularity of Squid Game. Fans of Korean movies and shows would be familiar with the stellar cast, which includes veteran actor Lee Jung-jae and famous model Jung Ho-yeon, but not all of Squid Game’s viewers are acquainted with Korean entertainment industry.

The storyline is engaging, actors are convincing and the production is top-notch. There is plenty of gore, action, murder and suspense – all the ingredients that make up a fun dystopian watch. But the premise of gathering desperate people in one place to bring out their animalistic instincts is not entirely new. The social dilemmas that the story highlights – class inequality, crippling debts that keep piling up and the horrors of capitalism – have also been dealt with by several shows and movies including two other highly successful Netflix shows Money Heist and Lupin.

And yet, Squid Game feels fresh because of the “simplicity” of its approach. According to the show’s director, the show became so popular because “people are attracted by the irony that hopeless grownups risk their lives to win a kids’ game”. There is no alternate universe, totalitarian government or war in this story. It takes place in a ‘normal’ world and the players are ordinary citizens. Each contestant is so tormented by the lack of opportunities and inability to pay off their debts that they are willing to take any chance that would rid them of their troubles even if it means murder and death.

The competition comprises of six children’s games – simple and innocent in nature that could prove to be highly rewarding or deadly for the players, depending on their performance.

One of the attributes that sets the show apart is its aesthetically pleasing sets that are in stark contrast to the dark storyline. The dormitory walls decorated with murals, colorful staircases that lead to huge playgrounds look like the inside of a primary school. Until the bloodshed starts.

There is more than colorful sets that set Squid Game apart from the other shows of the genre. It does not shove empathy down the viewers’ throats, for one. The depiction of the characters is unapologetically raw and straight-forward; all players come from the dregs of society and barring a few, they are all deeply flawed and unlikeable.

The main character Seong Gi-Hun, for example, is a chauffeur who steals money from his old and ailing mother just to gamble it all away. He is not a star father either. To top it all off, he owes a staggering amount of money to a bunch of people which, needless to say, he is unable to return. Does that mean he should be whisked away to a remote island, made to participate in a children’s game and get killed? That is a question that the show wants the viewers to answer.

“Equality. Everyone is equal in these games […] These people suffered from inequality and discrimination out in the world and we offer them one last chance to fight on equal footing and win.”

In its critique on society, Squid Game also comments on the deep-rooted inequality and injustice that leads to the ‘othering’ of certain groups. Though the criticism is directed at South Korea, it stands true for almost every society in the contemporary world. The capitalist system rewards those with the most resources, isolating those who already have limited access to opportunities. The result is a class divide that keeps on widening.

The characters in the show belong to those marginalized sections. True, many of them made the wrong choices, like Sang Woo, a business graduate who went on to embezzle money. But they are offered no chance of redemption, and are left with no choice but to look for ways to escape.

Even those who play by the book face the consequences of social inequality like Ali, a Pakistani immigrant, who works hard to support his family but is deprived of payment. Similarly, Kang Sae Byeok is a North Korean defector who came to South Korea with her family because she “thought it’d be better here”, only to be separated from her brother and mother.

In one scene, a desperate Gi-Hun lashes out when he is offered money in exchange for promising to stay away from his daughter, saying, ‘Do you think money solves everything?’

The honest answer to that question is yes. In a society that tilts towards the wealthy, if anything can grant these players a fair shot in the world, it is money. Gi-Hun would be able to pay off his debts without having to sell his organs, get proper medical care for his mother and continue to be part of his daughter’s life only if he has money. That is why he agreed to be part of the contest didn’t he?

The claim that the games offer a level playing field to every participant also falls apart because the entire purpose of the competition is to “weed out the weaklings” so that the fittest can survive. One of the most brutal and graphic scenes of the show depicts a fight that was deliberately provoked by organizers.

It is also an ironic claim to make, considering that games are meant for entertainment. The players are definitely not having fun, but surely someone is enjoying their ordeal? Would someone, whose source of entertainment is bloodshed, really care about equality and fairness?

Like one of the minions point out, “it is just a game”.

The illusion of choice 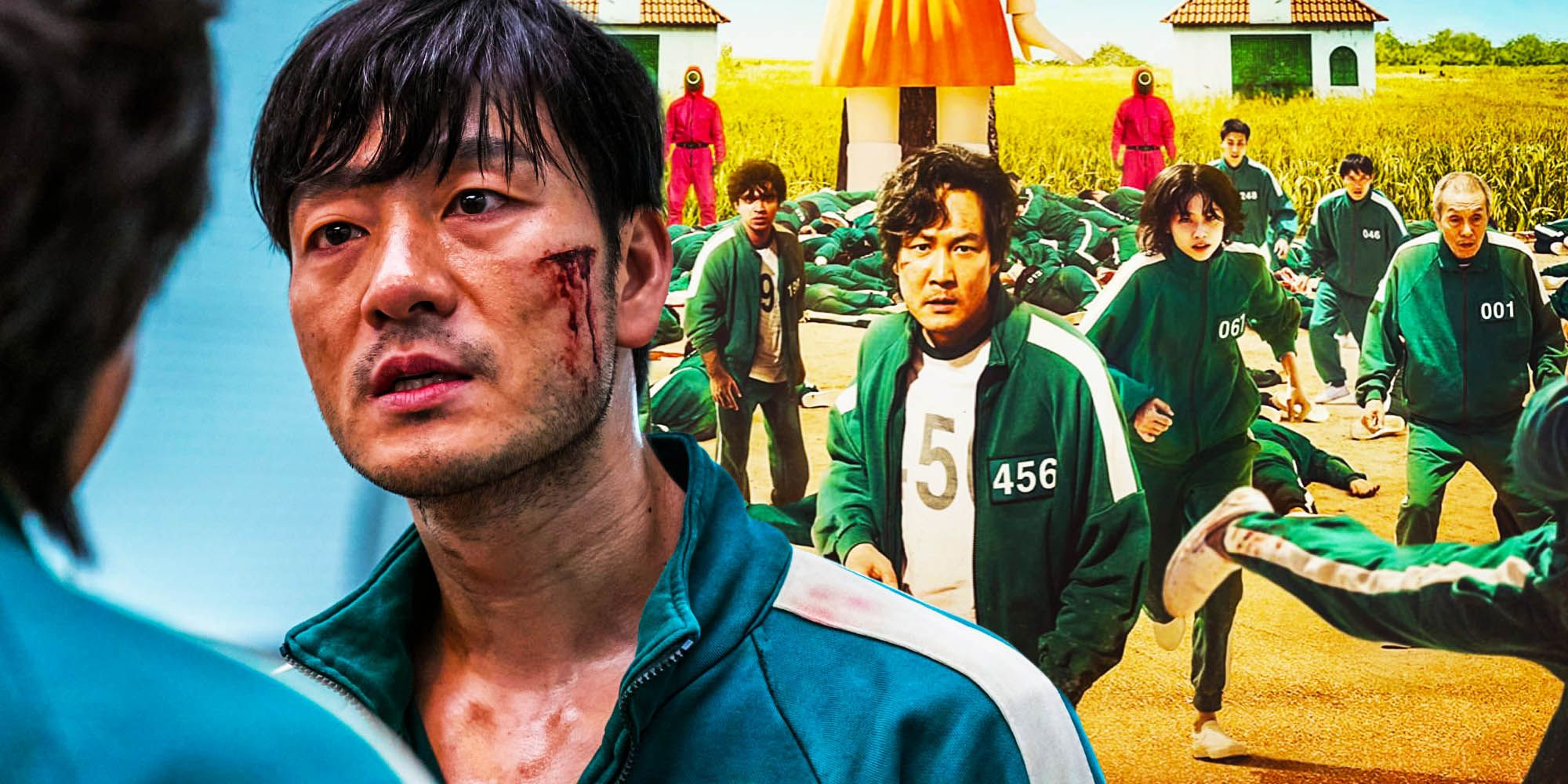 One of the many ironies depicted in the show is the illusion that people are free to make their own choices. On their arrival, the players are made to sign a consent form that contains three conditions which seem really simple and innocent on paper. None of the players have any clue about the consequences of making the choice to participate in the competition.

Even the choice to register for the competition was not a free one. Each one of the players was targeted before being invited to play the games. All of the contestants were coaxed into becoming part of the competition and were told that playing the game was the only way to solve their problems. None of them was told they might end up dying. One of the players makes this point when an organizer paints the brutal murders as an “opportunity”:

“You make us play a children’s game and then kill us. How is this an opportunity?”

This manipulation of the mind is not novel to the Squid Game contest. It is a tool used by our system, where people are provided with selective information before being told that the choice would be theirs alone. It is not in the interest of the system that benefits from exploitation of segments of society to give out honest information that would actually help people make a rational choice instead of taking a decision out of desperation.

Unlike others in the genre, Squid Game does not present an altogether bleak picture of humanity. Even as it depicts the evils of the society we live in, the show asserts that people can still find it within themselves to be kind and empathetic regardless of their circumstances.

Gi-Hun, for example, manages to make friends in a place where killing or letting other people die is a source of profit. Similarly, Ali displays kindness to those who can find it within themselves to stab him in the back if an opportunity arrives.

This slight optimism and belief in humanity differentiates Squid Game from similar shows and movies that reiterate the belief that humans are born sinful. Squid Game begs to differ. No one is inherently bad or evil. Even in the most adverse circumstances, people can succeed in being kind and humane even if they have everything to lose.

Squid Game has plenty of violent scenes that are incredibly gruesome but they are not merely intended to shock viewers but to portray the horror of cold-blooded murder. This point is made not just through dialogue but through direction and editing as well. In one of the most famous scenes of the show, players are killed off like insects while a jazz song plays in the background.

Another killing spree takes place in a dark room with blinking lights. It is a horrifying scene where players lash out blindly, not caring if they hurt a friend or foe, while the mysterious ‘front man’ sits and watches the bloodshed from his room. It’s also not safe to watch for people with epilepsy.

With a well-rounded plot, well-executed action scenes, attractive sets and brilliant acting, Squid Game delivers on pretty much all fronts. Its massive popularity may have come as a surprise but it would be unfair to call it overhyped.