Of offshore holdings and tax avoidance

The state and individuals have conflicting interests when it comes to collecting and paying taxes. Every government tries to generate revenues, particularly the income tax. But the individuals and businesses, with the help of tax consultants and chartered accountants, structure their transactions in a manner that there is lowest incidence of tax on their activities.

Double Irish Tax – corporate-tax tool for base erosion and profit shifting (BEPS) deployed by foreign-controlled Multinational Companies to pay only 1 to 2% tax – and the 12.5% cornerstone corporate tax rate by Ireland have remained the favourite tools applied by global technology giants like Google and Facebook to avoid taxes.

The ‘double Irish’ helped exploiting the difference between tax regimes in Ireland and the United States. Companies could therefore register an offshoot located in Ireland but with control lodged in a tax haven, such as Bermuda. If profits were attributed to the Irish corporation, they could remain off-balance sheet and taxed by neither state.

The Double Irish regime ended in 2015 due to pressure by the European Union while the lowest 12.5% corporate tax rate would also go up from 2023 to 30% as part of an agreement signed among 136 countries under the umbrella of Organisation for Economic Cooperation and Development.

Due to visibility of the economic activities by the corporate sector, the countries and the entities have been able to contain growing tax avoidance and evasion but the individual problem persists.

The Pandora Papers, the good work by the International Consortium of Investigative Journalists, further unmasked the layers of secrecy and point out towards the grave problem – the stashed assets by the individuals in offshore territories – known as tax havens.

The thing that even the ICIJ has not been able establish so far is that whether the offshore companies owned by these individuals are declared in their annual income tax returns and wealth statements. This has also been used as an excuse as well as a genuine reason by the tax authorities for not going after these people.

The Pandora Papers came six years after the Panama Papers. Unlike past when the panama papers jolted the world including creating circumstances that led to ouster of Prime Minister Nawaz Sharif from the power, the Pandora Papers have not yet created ripples at the larger scale. But it still highlights the issue that despite increasing threat of being unmasked the wealthy individuals are ready to take risks to have offshore companies.

An offshore company is a limited liability entity that has no tax obligation, no public register of shareholders and directors and no annual reporting requirements, making it convenient to park the tax avoided or evaded and ill-gotten money. Tax evasion is an extreme step by a person to shrug off its obligations, which could lead to heavy fines and penalties, including imprisonment if the element of money laundering is involved.

The Panama Papers, the leaked data covered nearly 40 years, from the late 1970s throughout the end of 2015 and it exposed a never-before-seen view inside the offshore world-providing a day-to-day, decade-by-decade look at how dark money flows through the global financial system, breeding crime and stripping national treasuries of tax revenues, writes Dr Ikram ul Haq, Pakistan’s known international tax expert, in his column “The Leaks” that appeared in an English Daily. 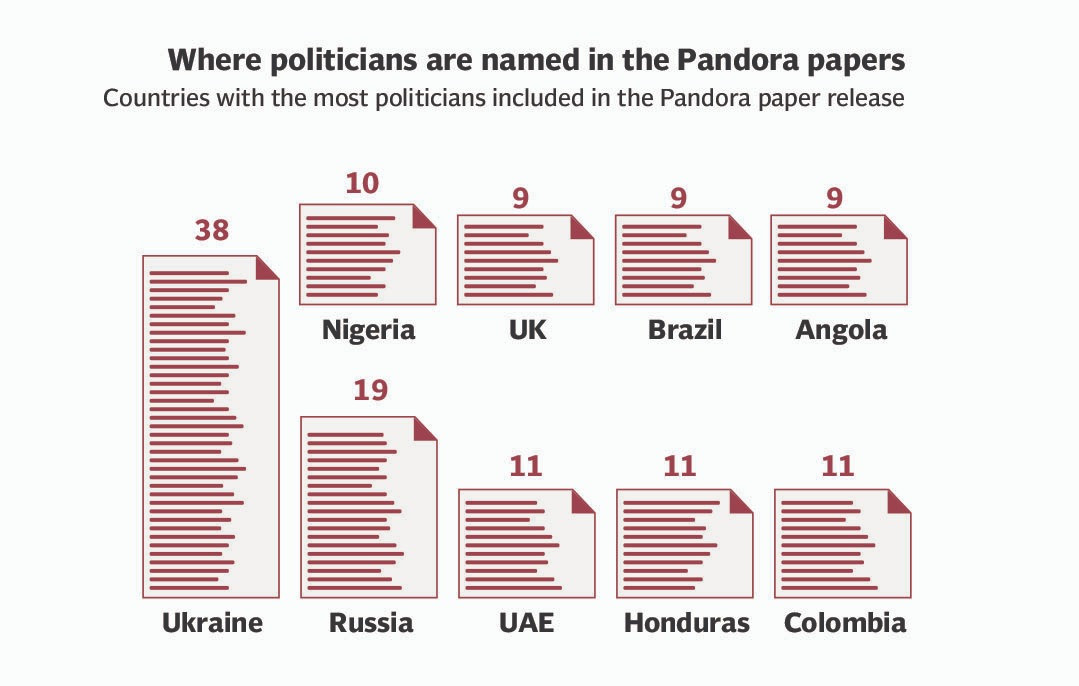 He explained that these tax heaven offer not only low or zero taxes, but also provide facilities for people or entities to get around the rules, laws and regulations of other jurisdictions, using secrecy as their prime tool. Therefore, Tax Justice Network (TJN) prefers the term "secrecy jurisdiction" instead of the more popular "tax haven".

But the public opinion in Pakistan is increasingly divided on the question of whether it is good or bad to have the offshore companies. Pakistani citizens have the right to hold foreign assets by way of accumulation of export commission; import commission, income earned abroad and funds transferred from Pakistan, wrote Shabbar Zaidi, former Chairman FBR in his book, Rich People, Poor Country.

In case of Pakistan, the movement of money from the country was previously not easily possible due to regulated foreign exchange regimes but the Foreign exchange regime that is now in practice, promotes free movement of funds in and out of any jurisdiction, provided the due ta' has been paid in a particular jurisdiction, according to Shabbar Zaidi.

Pakistan liberalized the foreign exchange regulation regime in 1992 with the introduction of Protection of Economic Reforms Act by the then government of Prime Minister Nawaz Sharif. It was probably a coincidence that the Sharif Family Companies that were named in the Panama papers had been registered in 1993 and 1994 –after the country enforced Protection of Economic Reforms Act (PERA) –that facilitated outbound movement of foreign currency.

Dr Haq further wrote that all the leaks identify the big drivers that are behind the creation of hard-to-trace companies in the British Virgin Islands (BVI), Panama and other offshore havens. But India signed a bilateral agreement with BVI in 2011 and Pakistan’s successive governments failed to do it.

The FBR missed many opportunities that came in its way to go after tax evaders by plugging the loopholes. There is no full time Director General of International Taxes FBR for almost one and a half years, indicating the matter remained at low priority of the authorities.

In June last year, the UK tax authorities had suspended cooperation with Pakistan under a global “Tax Inspectors Without Borders” (TIWB) initiative due to their concerns over legal and administrative structures that hampered audit of multinational companies on the basis of information received from abroad.

Islamabad lost a chance to catch big fish like it lost the opportunities that were available to it in the shape of information of foreign bank accounts and money stashed in Swiss banks.

The Her Majesty’s Revenue and Customs (HMRC) was providing help to Pakistan on how to use transfer pricing information of MNCs being received under the Country-by Country Reporting (CbCR) regime of the Organization of Economic Cooperation and Development (OECD).

The suspension dampened prospects of recovering taxes that some multinational companies had evaded or avoided to pay in Pakistan. Pakistan has been receiving information from the foreign jurisdictions about such companies under the CBCR regime but it has remained unable to utilise this information, which irritated the HMRC.

The FBR has not been able to take full benefit of the information available to it under the ICIJ work or through multilateral agreements like with the OECD.

After Panama Leaks, two tax amnesty schemes one by former Prime Minister Shahid Khaqan Abbasi and then by Prime Minister Imran Khan, incomplete information leaked in Panama and Paradise papers also became reasons for negligible recoveries in the past. As a result, some names that appeared in the Pandora papers have declared their offshore assets.

The governments of Prime Minister Imran Khan and his predecessor, Shahid Khaqan Abbasi, gave Rs61.4 billion in tax relief to just 191 billionaires, who had been caught owning offshore assets but were bailed out through two tax amnesty schemes.

As many as 191 persons availed the 2018 and 2019 tax amnesty schemes, Dr Mohammad Ashfaq, now the FBR chairman, had told the National Assembly Standing Committee on Finance in November 2019. At that time Ashfaq was DG of International Taxes. After Asfhaq’s elevation first as member Inland Revenue Operations and then Chairman FBR the DG post is being held on ad-hoc basis.

The Income Tax Ordinance 2001 says that on a concealed asset, the FBR will charge a maximum income tax of 35% along with 100% penalty, bringing the total tax liability to 70%. The total tax relief that these billionaires secured from the governments of Shahid Khaqan Abbasi and Imran Khan amounted to Rs61.4 billion at 70% tax liabilities.

As many as 135 persons, named in the OECD database, availed the 2018 tax amnesty scheme of the PML-N and declared Rs62.4 billion in assets. They paid Rs2.9 billion in taxes, according to the 2019 presentation by the FBR.

However, their actual liabilities without the tax amnesty could have been Rs43.7 billion, getting a relief of Rs40.8 billion from the last government.

About 56 people, whose data was shared by the OECD, availed the PTI’s tax amnesty scheme and declared Rs31.8 billion worth of assets, showed the FBR presentation. They paid only Rs1.7 billion in taxes and got a relief of Rs20.6 billion.

Due to low recoveries, the Federal Tax Ombudsman (FTO) office had taken a suo moto notice and launched a probe to determine as to why the FBR’s three field offices were failing the prime minister and the nation. But instead of correcting its path, the FBR people obtained stay orders from the courts against the FTO move.

The official record showed that the FBR headquarters forwarded nearly 1,580 cases worth Rs260 billion or $2 billion to three AEOI zones of Karachi, Lahore and Islamabad. The recoveries in about 1,150 cases were a mere Rs4.6 billion or $30 million as of last month.

PM Khan had promised to recover the $200 billion worth of looted money.

Some of the people who have been named in the Pandora papers have already declared their offshore assets. Among them is president of the National Bank of Pakistan, Arif Usmani. There was another problem that many Pakistanis were non-residents for tax purposes, like the sister of a former military general, said the officials.

Finance Minister Shaukat Tarin also says that his offshore companies were in the knowledge of the central bank and were opened for selling stakes in his bank, the Silk Bank.

The FBR has at least three options to proceed against these people – serve them tax notices for information under section 176, open their audit under section 177 or summon them and take statement on oath – according to an expert.

Hoping that the rich will start honestly paying their taxes remains a far cry. Its manifestation is that people kept listing offshore companies even after Panama papers, as suggested by the Pandora papers. Pakistani businessmen and politicians also have fear of political victimization and they have deliberately kept their assets abroad for rainy days.