This week marks the one-year anniversary of the Lahore motorway gang-rape that had last year sparked a countrywide debate on sexual assault. Since then, high profile cases sexual assault have further underscored the vulnerability of women in this country.

Abid Malhi and Shafqat Ali Bagga robbed and raped a Pakistani-French woman in front of her children after she was stranded on the motorway. Later Lahore Capital City Police Officer Umar Sheikh seemed to fault the victim for the incident when he suggested that the crime occurred since she was out on the motorway so late at night.

Another case of sexual assault came to light when a disturbing video of an incident of torture and stripping of a couple went viral in July this year. The prime suspect in the case, Usman Mirza, along with his three accomplices were charged for sexual assault after they broke into an apartment in Islamabad and harassed, assaulted and made videos of the incident.

More recently on August 14th, a woman attempting to make a TikTok video in Minar-e-Pakistan was harassed and assaulted by a crazed mob of over 400 men. The incident further highlights a problematic culture in the country that may be lending to high rates of sexual assault in the country.

So what comes to mind when we think of rape and more importantly, what do we talk about when we talk about rape? Do we need the particulars of the crime to be exceptionally horrific for them to spark some sympathy? Is it a headline coupled with a few paragraphs buried in between the pages of a newspaper? Is it a brief clip shown during a news segment on the tv read by an intensely focused and emotionless anchor? Is it a forward on Whats App, quickly played and replayed and shared further with our friends list? And do we need a global pandemic to slow us down enough to spark questions about cultural norms that vilify rape?

In light of the current climate in the country when it comes to the issue of sexual assault, there are several issues that are overlooked, misunderstood or not fully realised. Know My Name, a memoir by Chanel Miller lends a powerful voice to understanding a topic that is so deeply misunderstood by those who are bystanders and spectators of the crime, by those who are in the assemblies legislating the way justice is served for victims of sexual assault, by the media reporting the issue, by the police who are investigating the crime, by the justice system who is who is hears and decides the appropriate punishment for it and most importantly, the leaders of the country, who wield the most power and influence to take on an important issue such as sex-related crimes.

In September 2019, Chanel Miller revealed herself as Emily Doe from the People versus Turner trial and released her book. The book is an attempt on Miller’s part to reappropriate her narrative identity. Through the book, she describes the trauma she went through, and the brutal and agonising process of the trial she experienced after being referred to in the press as an ‘unconscious intoxicated women.’

The cover of the book also symbolises Miller’s decision to reveal herself as the sexual assault survivor of the Stanford trial. The cover art for the book is inspired by kintsugi, the Japanese art of repairing broken pottery with powdered gold – thus Miller choosing to emphasise the cracks rather than covering them up.

In January 2015, 22-year-old Chanel Miller went to a party at the Stanford University campus. The next morning, she woke up in an exam room inside a hospital where she is soon to learn that she was sexually assaulted. 20-year-old Brock Turner, a Stanford University student, had been caught assaulting an unconscious Miller after a fraternity party on the university’s campus. 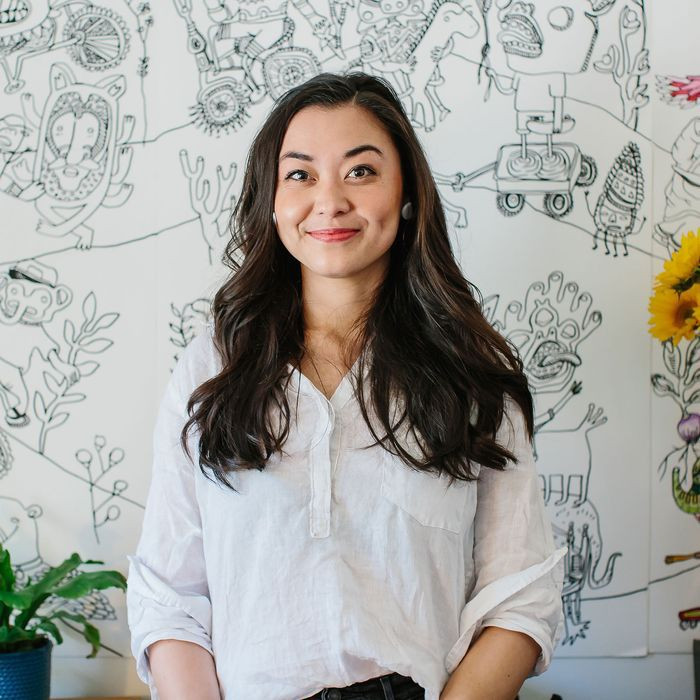 Miller was not a student at Stanford. She went to that party with her sister and her friend, who was a student at Stanford. She was older than most people at that party. She was dropped to the party by her mother. She partook in consuming alcohol while at the party. She had a boyfriend, whom she left a suggestive voicemail to while she progressively grew inebriated at the party. She, at some point, blacked out and passed out in the bushes, near the dumpsters, behind the building where the party took place. These were all facts that were used against her during the trial. Turner on the other hand was an athlete on a scholarship at Stanford University. He had a promising career ahead of him as a swimmer – these were both facts that ignited sympathy for him.

The reason Miller’s story is important at a time when a dialogue on sexual assault is at the forefront in the country is that through her eyes, she helps you understand what it really means to undergo a sexual assault and the process of a sexual assault trial. Thus, Miller’s book has the power for many to unlearn what their preconceived notions may be about rape. This is even more so relevant when in Pakistan, citizens are outraged with their leader for grossly misunderstanding what rape is and even more so appallingly blaming the victim in his attempt to explain away the high rate of sexual assault in Pakistan.

In her book, Miller provides a detailed account of her sexual assault and the ensuing trial both in the court and the public trial that is carried out in the media. Miller raises two important arguments early on in her memoir that are often associated with incidents of rape. While sharing her own account, she recalls that people felt far more indignant that she’d gone to a party and consumed so much alcohol that she’d fallen unconscious than they were at the fact that Brock Turner consciously and purposefully chose to violate the body of an unconscious person. “They seemed angry that I’d made myself vulnerable, more than the fact that he’d acted on my vulnerability,” she says.

Another common misconception about rape, as she points out, is that it’s purely for sexual gratification. “This was a top athlete, a highly intelligent, good-looking boy! One might think he’d find lots of girls who wanted to hook up with him!” What is often overlooked and misunderstood about rape is that it’s about assertion of power. It's about the rapist enjoying that degree of control and simultaneously taking away someone else's control.

On that same tangent, in the aftermath of the Stanford sexual incident, the notion was always, “he ruins his life by doing this” – This is often seen in incidents where the alleged rapist is a high profile person. The emphasis thus always ends up being placed more so on a rapist ruining his own life rather than on the life of someone else that he chose to ruin. Since the former had more to lose (at least in the eyes of others), he automatically recieves more sympathy.

Through the course of the media proceedings of the People versus Turner trial, as noted by Miller, was that oftentimes when the latest court proceedings were covered by a media outlet, they also noted Brock Turner’s swim times. This practice, in a not-so-subtle way, glorified Turner in the press whereas the narrative only mentioned her as an ‘unconscious victim,’ thus creating a wide disparity between the perception of the victim as opposed to that of the alleged suspect. As Miller puts it, “My identity in the courtroom had been reduced to something in the category of ‘other.’” This practice also points out an aspect of American culture that is so often dangerous. Glorifying athletes can often make them feel like they have a 'free pass' to get away with anything. The outcome of this trial goes on to prove that this is in fact the case.

Another very important point Miller raises is that sexual assault has consistently been treated as a woman’s issue despite the fact that it is most often men who commit the crime.

Now here is the reason why Know My Name is an exceptionally good book: Miller makes you feel what she feels. You crawl into her skin, you walk around sunny Palo Alto where she grew up – right by the Stanford campus. You wake up with her in the hospital, you’re with her when she learns about the full extent of her assault. Miller blacked out before she was assaulted and when she wakes up in the hospital and slowly begins to realise that something bad has happened, she makes you feel the exact moment of horror that this dawns on her. As Miller puts it: ‘My old life left me, and a new one began.’ You also learn with her that when a rape kit is conducted, the police need to keep the clothes and therefore, it is donated charity clothes that the survivor of the assault is given to wear home.

Miller also makes you feel the slow, agonising and arduous process of attaining justice when you have been wronged. The trial became a case of proving the credibility of Miller’s account rather than Brock Turner’s guilt. Miller was forced to prove that she did not in fact want to be assaulted behind the dumpster of a frat party while comatose. ‘In court, it felt harmful being flattened, characterised, mislabeled and vilified,’ she writes. For Miller, as she puts it,  the book was ‘an attempt to transform the hurt inside myself, to confront a past, and find a way to live with and incorporate these memories.’

In a sense, rape is about loss. The loss of the life you had before the assault because you will never be the same again. As Miller puts it, “An unclipping from the world where up was up and down and down…Gone is the luxury of growing up slowly. So begins the brutal awakening.” Rape itself is a loss of control but what Miller helps you see is that the slow, agonising and often ultimately fruitless process of attaining justice is also in a sense about losing control. For the victim, in a trial of this nature, there is no control. The control lies in the hands of the district attorney. Firstly, when the district attorney’s office decides whether the case is strong enough for them to press charges and go ahead with the trial. It then lies with the opposing council, the juries and the judge. The victim him/herself has no control over which way the trial goes. The control also lies with the media because they get to decide the narrative of the trial that is presented to the public.

Throughout the trial, there seems to be a lot of misappropriation of empathy. We learn that the media sympathises with Brock Turner, since he had a ‘promising future,’ and thus had more to lose. Through the course of the trial we learn some other facts too. During a rape trial, women are not preferred on the juries as apparently, they are likely to resist empathising with the victim. After the guilty verdict is given by the jury, the judge, empathising with Turner, sentences him to a mere six months in jail stating that a felony conviction as he feels that the felony conviction as it is will have ‘adverse collateral consequences’ for him. Nowhere in this is there space for sympathy for the victim of the crime and that landscape seems to apply in some shape or form to many other crimes against women of this nature. The book thus begs the question that why is it that a crime which is mostly committed against women then results in lesser empathy for women?