Azra Mansoor and the art of the drama

Azra Mansoor is, beyond any cavil, an institution in herself that can serve as a beacon-light for youngsters who wish to try their luck in the arena of performing arts. An enviable social worker and philanthropist, she wishes to be known and remembered for her service to the community. Moreover, the first Shaheed of the 1971 Indo-Pak war Lieutenant Abbass Ali Khan was her younger brother.

Born in a suburban village of Lahore, she started her schooling from the Convent of Saint Joseph at Comilla (East Pakistan) and due to being the daughter of an army officer and the resultant movement amongst the different cities, attended various institutions before completing her matriculation from the Government Girls High School Malir, Karachi. She passed her intermediate from Gordon College, Rawalpindi and graduated from Government College for Women, Quetta. Her debut performance was her leading role in the PTV play, ‘Kaghaz Ke Phool’ (1967), and she never looked back again. The cascade of her sparkling performing ventures comprises ‘Jaib Katri’, ‘Emergency Ward’, ‘Ankahi’, ‘Sunehray Din’, ‘Malkin’, ‘Alif Allah aur Insaan’, ‘Jo Tu Chahay’, ‘Khamoshi’ and the famous film ‘Bin Roye’. Besides, she has been working for in radio for the last five decades and has to her credit several popular shows and recreational programmes. In a candid conversation with her, we delve deeper into her life’s story.

MAK: So, how did you think of and enter the sphere of acting and entertainment while being from a military family?

AM: I was newly married to Lieutenant Mansoor of Pakistan Navy and living in Karachi when, one day, I happened to notice an advertisement in the newspaper, publicised by the PTV Karachi centre regarding the requirement of talented female artists from decent family background. So I, accompanied by my sister-in-law, went for an audition. The panel, headed by Agha Nasir, interviewed us and selected me, at once, for the maiden play to be telecasted from Pakistan Television Karachi Centre. That is how I ended up playing the leading role in ‘Kaghaz Ke Phool,’ which was directed by Tariq Aziz. 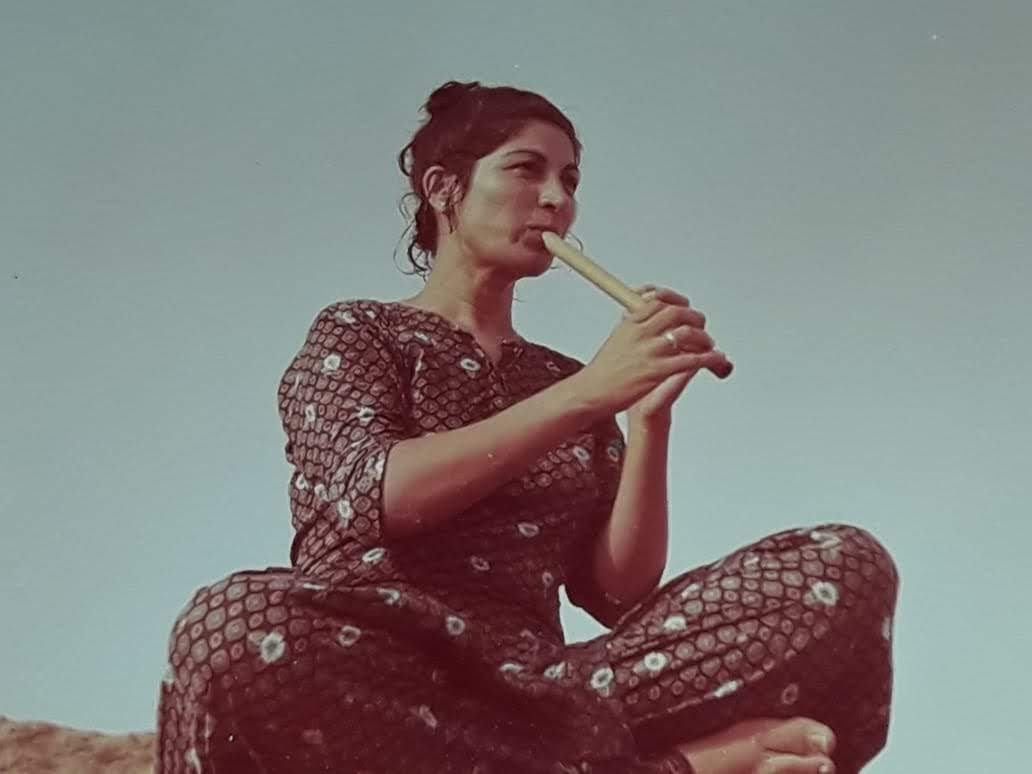 MAK: You have been working in this industry for more than five decades but you always had regular intervals of being off the screen. What was the reason behind that?

AM: After successfully performing in my first drama venture titled, ‘Kaghaz Ke Phool’ I got offers for many leading roles in famous plays like Shama and others. But due to being in a family way and then its related domestic engagements, I remained away from the screen for a few years. Moreover, as my husband was serving in Pakistan Navy and we had to go abroad many a time, I couldn’t be regular for rehearsals and shootings under the prescribed schedules and programmes. After the retirement of my husband, you see, I have become efficiently regular in my acting engagements.

MAK: Your role in the film ‘Bin Roye’ was immensely loved. Why did you not continue your journey on this path?

AM: I love to be a part of the silver screen and have received many offers from film producers after the success of ‘Bin Roye’. But I refused all of them because of the inclusion of item songs and other such nuisances in our movies. After all, we have a long-lasting legacy and culture of TV and entertainment that has always laid stress on didactic literature and the promotion of healthy norms in the society through art and creativity.

MAK: Which performance or project is your favourite one amongst all the acting ventures?

AM: Although an artist loves all of his or her all plays and projects with equal efforts and dedication, I love the roles I played in ‘Malikin’ and ‘Alif Allah aur Insaan’ more.

MAK: Is it correct that you produced the first ever private production and the long-duration telefilm in Pakistan? Why did you not carry on that practice and make a name as a producer in the industry?

AM: Yes, I made the first telefilm, produced by a private party, in the country titled, ‘Laghzish’ and it was based on a true story that persuaded me to start that endeavour. Unfortunately, it was Zia’s regime and regretfully, the domestic scenes of mother and son (played by Badar Khalil and Mazhar Ali) were removed by the censor board on the objection of their shaking hands and sitting close to each other. It was really and painfully absurd to any sensitive person like an actor, director or producer. So, the whole film was destroyed in this cut-and-crop nuisance before coming on air. Let me mention that the cream of then contemporary TV artists acted in that project, which was shortened to 90 minutes from 140 minutes.

MAK: How did you see the evolution in entertainment and drama industry in Pakistan? Are you satisfied with the standards and quality of the plays and films being produced these days?

AM: Well, critics are quite right to say that the quality of entertainment programmes and especially, literary and artistic ventures is declining day by day. Now, the focus is only on quantity because the media is closely associated with money and commercialism. During the PTV era, artists were thoroughly professional and the payments were just like a pocket money.

MAK: How, when and where did you get married? Was it an arranged marriage or the result of a love story?

AM: It happened in Sialkot and it was an absolute arranged marriage as I saw my husband, Lieutenant Mansoor of Pakistan Navy, after marriage. My father was transferred to Sialkot Cantonment after my completing graduation from Quetta. As three generals there were very good friends of my father Major Azam, they announced that it was their daughter’s marriage and it happened to be a great wedding ceremony in the garrison with special arrangements.

MAK: Did your military family background and, then, being a lady wife turn you into a very strict and authoritative mother for your children or is the case otherwise?

AM: I have always been a very friendly, supportive and caring mother, giving full liberty to my kids in so many matters of life. However, I trained them and educated them as a strict teacher and enabled them to distinguish between evil and virtue, so that they may be confident to take decisions at their own, keeping in view their religious, social, moral and family norms and limits. Their class fellows, across the gender discrimination, used to visit our homes on different occasions and had very good relations with all of us. I gave my all children, including my daughters, absolute liberty to choose even their life partners. However, they all had arranged marriages. 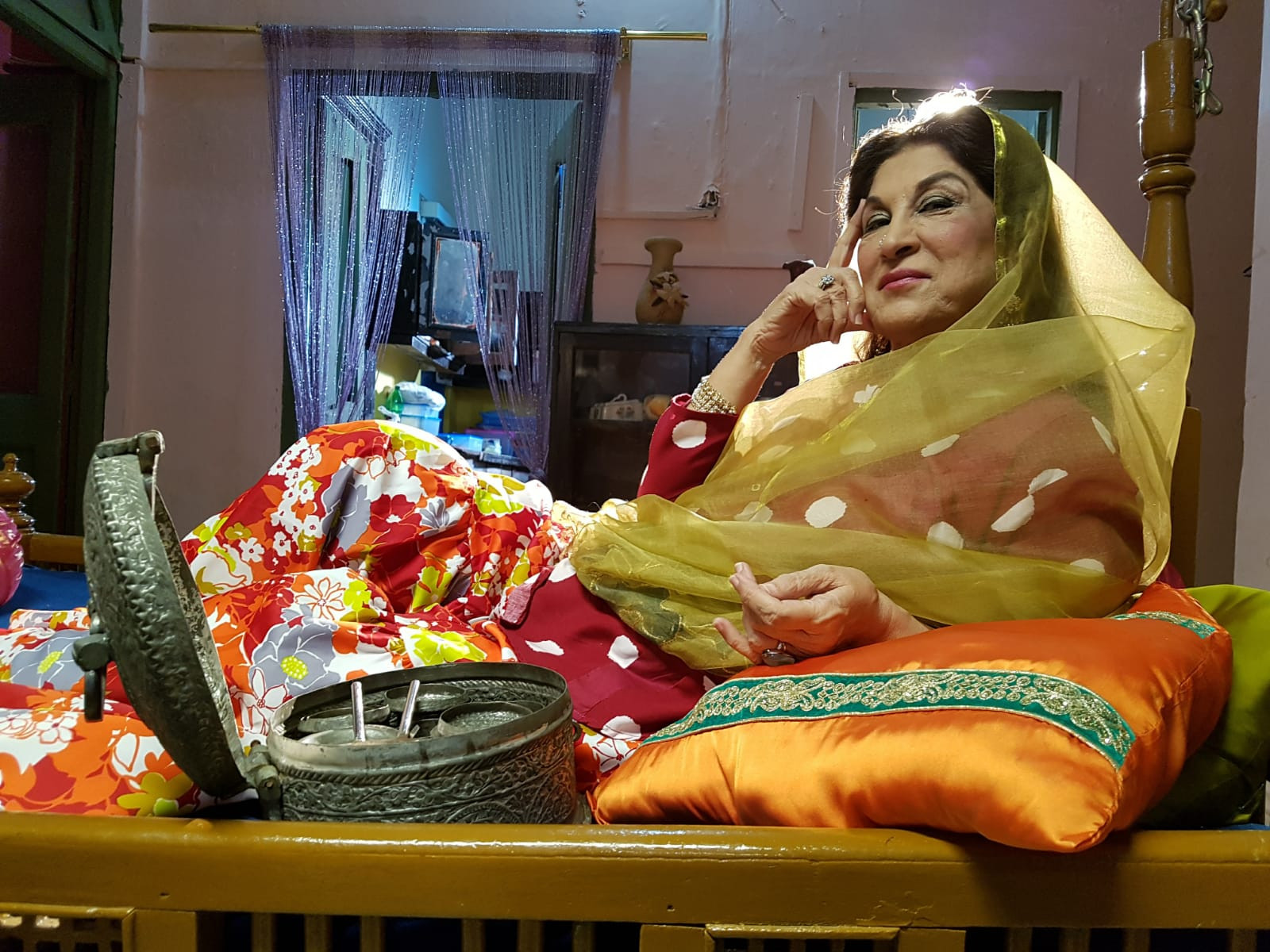 MAK: Being the daughter of an army officer and the wife of a naval officer, how do you see your whole life span with constant rotation from city to city? Was it a blessing or a nuisance for you?

AM: As every picture has two facets, so does this activity of shifting. No doubt, you have to struggle a lot in moving again and again and then, changing your neighbours, schools and friends but it provides you with the spirit of adventure and an opportunity to explore your country and its diverse cultures and flora and fauna.

MAK: I have learnt about your caring nature and public services a lot. Tell me about the details of your social work and philanthropic aspect of your persona.

AM: It is a blessing of the Almighty that he has endowed me with a tender and kind heart and has made me a source of support and satisfaction for the fellow human beings. I love to spend some time in hospitals for motivating the will power of the patients by initiating counseling and friendly conversation session with them. I feel highly grateful to the Almighty whenever I hear from the nursing staff the words, “You have made many patients recover quickly after talking to them and visiting them regularly.” Once, I came across a female patient who was so demotivated to the extent that she never talked to any staff or person around her in the ward but I continued to talk to her for many days without getting response from her. And, one fine morning, she smiled and started talking to me and others.

MAK: What about your community services for the sake of transgender people? It is really a very important and equally critical and sensitive subject in our society. How do you see the response from the people and, especially, the concerning donors and well-wishers?

AM: I feel proud to be a source of socio-moral support for this highly neglected and alienated segment of the society and try my best, in my capacity, to help them solve their different issues. It is really motivating and promising to see that our culture is gradually changing and now, they are attending higher education institutions to become professionals and specialists and working for the development of the nation like men and women. Presently I am working with Bindia Rana and her team for establishing a community centre for them, so that they may have a proper place for their daily gatherings, meetings, ceremonies and other entertainment and sports activities. We have, Alhamdulillah, started efforts to collect a donation of 1,500,000 rupees for this project.