A twist in reality

With smartphones and other consumer digital devices stagnating somewhat in terms of design, a race is on between tech giants to develop and mass-produce the next technological breakthrough. In the search for the next big thing, one area of immense competition and focus is augmented and virtual reality.

Speaking to The Express Tribune, Kiwi Creations Chief Executive Officer Umair Abdulwahab said that augmented reality, or AR, is a perfect blend of the real physical world and digital elements that gives the user an artificial environment.

“This enhanced vision can be experienced usually through mobile phone cameras,” he said. “In contrast, virtual reality, or VR, completely shuts off real world and takes consumer to a whole new virtual world through the help of headsets.” Abdulwahab’s firm is implementing both technologies in different fields particularly video games. 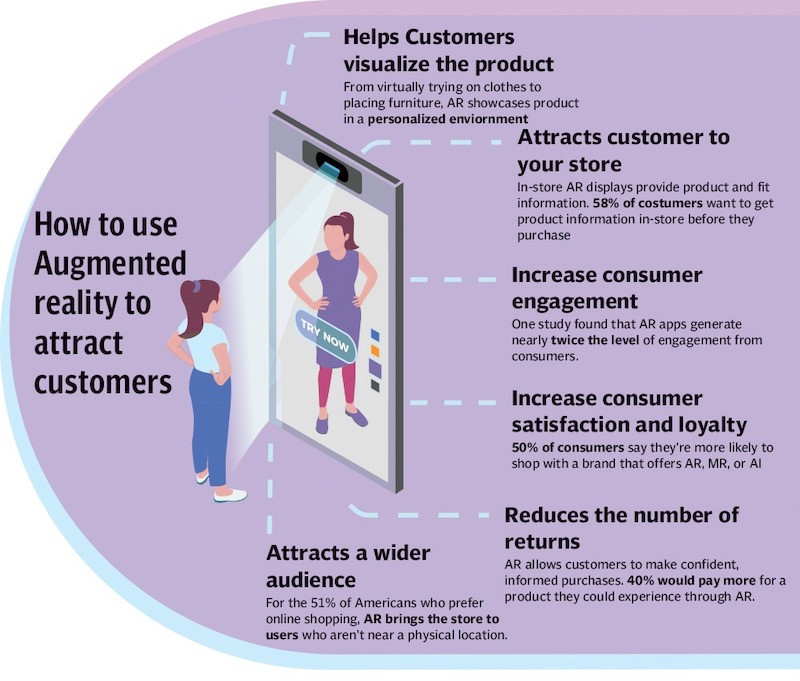 Elaborating upon augmented reality, FiveRivers Technologies Chief Executive Officer Mahe Zehra Husain told The Express Tribune that true to its name, augmented reality modifies the environment around a person and adds layers to it. Talking about uses of the technology in the real world, she said AR could be utilised in several ways to uplift consumer experience.

“Lets say that a person visits an art museum and he is asked to wear an AR headset such as Microsoft HoloLens ,” she said. “Once he enters the halls, he can instantly view the information about paintings or exhibits through the lens.”

AR can be used to show names of the artists, their life histories, style of the painting, other similar works by the same person and many additional facts.

All kinds of information can be added to the paintings and it can viewed anytime through the AR headset.

“The painting that the user of AR headset sees is real but the information popping up is augmentation,” she said. “With such technology, there will be no need of a tour guide - all the facts will pop up based on what you are seeing through the lens at that time.”

Perhaps the most popular example of AR and one that majority of the tech savvy population has used are filters and stickers that people can add to their live videos on various social media platforms.

Husain, whose firm specialises partly in augmented reality, held the view that applications of AR were endless and she looked forward to this technology turning mainstream throughout the globe.

“We have worked on augmented reality for some of our clients and we integrated AR with HoloLens to create training modules for technicians,” she detailed. “This cuts down significant research time for the technicians and increases their productivity.”

According to her, augmented reality would prove to be extremely useful for technicians and engineers because it can assist them in gaining the required information of a certain appliance once they view it through a gadget (mobile phone application or AR headset). 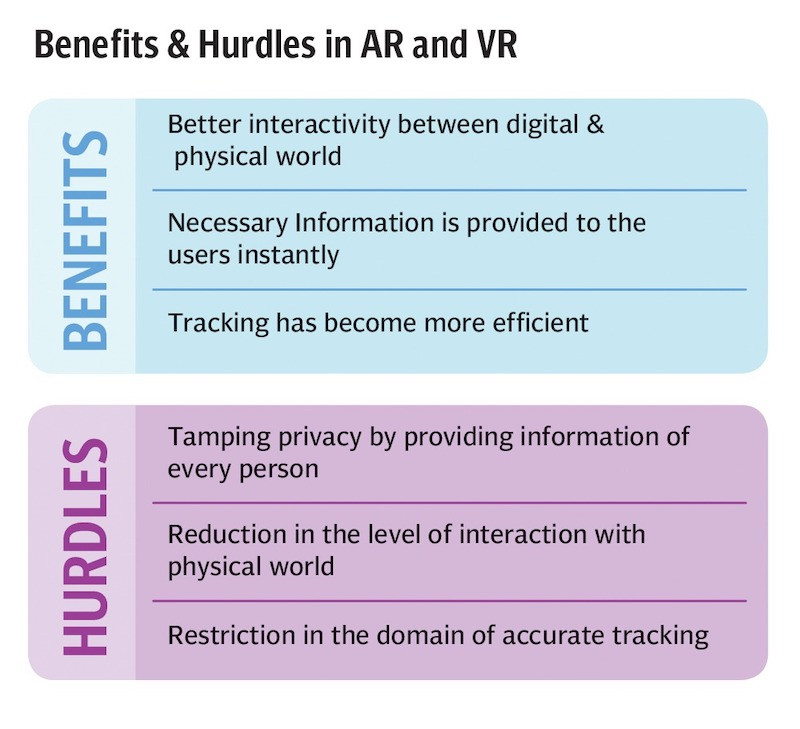 The focus and work on augmented reality received a fresh boost in 2016 when game publisher Niantic released Pokemon Go, a game which utilises the technology.

Giving the example of video gaming, Husain said that the character in Pokemon Go is augmented and virtual creatures are found in real world locations through the use of GPS and mobile camera.

“Therefore AR is a layer added to the reality,” she said.

Abdulwahab stated that his firm was working on AR based educational games that help children learn and have fun.

Syed Farooq Askari, who has worked in the field of augmented reality for multiple firms, termed augmented reality a relatively newer phenomenon and said that people need exposure to it on a wider scale compared to its present level.

He added that in contrast to other similar fields, a person does not need a specialised degree to work for augmented reality, rather the candidate just needs to excel in programming and designing and need some exposure of media. 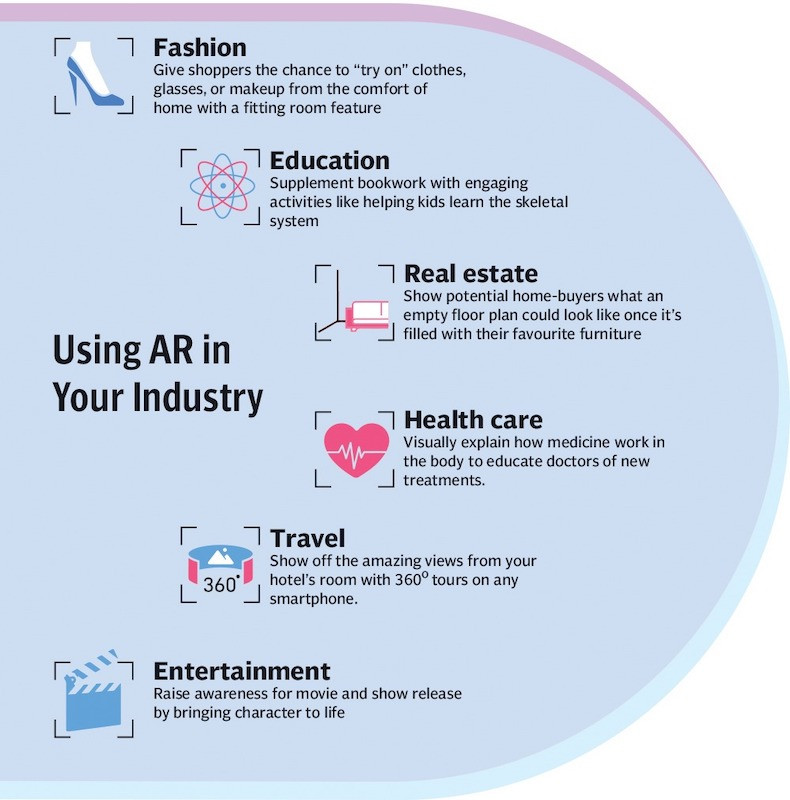 Husain held the opinion that augmented reality can be used extensively to train workers for many sectors of the economy including farming, manufacturing, transportation, tourism and many more.

“Adding layers on top of the reality to offer information or troubleshoot is a great way to utilise augmented reality technology,” she said. “The time and effort needed to do this is worth it. Infact entire educational programs can be revamped and built around this technology.”

She held the view that Pakistan can also utilise this phenomenon to create an educational curriculum that adds more information to textbooks to help children learn through examples.

Husain remarked that Pakistan was an offshore destination for AR clients but it has also seen a rise in local remote workers due to Covid-19.

In this regard, she suggested using AR for live meetings where all participants could be augmented to sit near each other while they remain hundreds of miles apart in real life. “Whatever a participant does can be seen by all colleagues and they can perceive you in a real face to face meeting.”

Husain was optimistic for brighter prospects of AR in Pakistan in future and pointed out that the technology can be used in different ways. She cherished that it was already being utilised through social media tools however she pinned hopes for its introduction in education side.

“As an industry stakeholder, I am sure multiple software houses have AR capabilities,” she said. “I do not know of any large scale AR project that has been developed for the Pakistani market but people of the country have the required expertise and AR based firms require small amount of support from the authorities to create products that can be used locally.”

Askari said that recently, Oztech and Foodpanda collaborated to create a holographic advertisement which was done through the use of augmented reality.

He underlined that Pakistan was doing excellent work on augmented reality on a very small scale however he also lamented that no major work was being done in this field on a local level.

“There is no scope of an augmented reality focused businesses in Pakistan because the country is lagging behind in digitalisation,” he said. “Pakistan is yet to adopted digital payments according per its true potential therefore embracing augmented reality on a wider scale will take some time.”

How is virtual reality different? 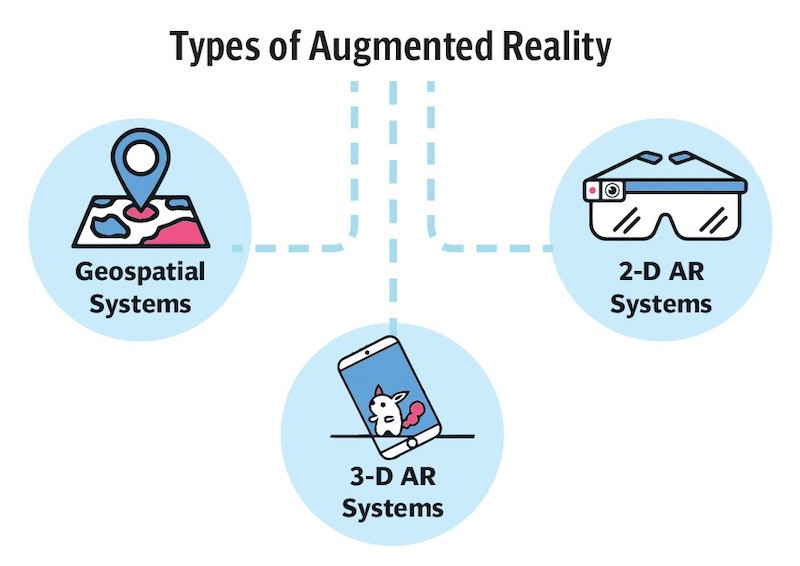 Usually, the mention on augmented reality is followed by its close associate virtual reality or VR. A lot of people confuse the two topics since they are similar in a lot of ways.

Stating the most significant difference between the two, Husain clarified that while AR adds layers to reality, virtual reality transports the user to a completely different environment through a VR headset.

“For instance a good example of VR would be a programme that can send you to another city, country or even the moon through the use of a gadget.”

He added that the audience for virtual reality merchandise was quite less across the globe.

“Both VR and AR are still maturing technologies and like all new phenomenons, they have their limitations at present,” he said. “However, new and innovative forms of VR and AR are being created in the international market as we speak.”

He stressed that VR and AR can be used in a number of fields including medical, engineering and architecture.

Since VR and AR can help create objects that are either not present or inaccessible in real life, they can prove to be essential for teaching students by visualising real life objects in a safe environment.

In depth studies of various machines and buildings can also be conducted using VR and AR, he said.

He added that the technology of virtual reality can be used in driving schools for simulations and all other kinds of trainings since it can give a hands on experience to the user.

Abdulwahab said that VR can be used for different simulations.

“In fact, it is possible to create a whole virtual wellness center world for the users where they can not only visualise but also read books in the library, exercise using the fitness room and play games in the game room,” he said.

Talking about their scope in Pakistan, he said these advanced realities are already being used for educational games and applications, medicine related projects, product marketing projects and many more.

Ramsha Ayaz, an engineer who worked on virtuaI reality, added that it can be used in education, digital business IT world, medical, entertainment and many other sectors.

Ayaz recalled building 3D models to integrate in virtual projects and said that Microsoft HoloLens and HTC vive were the major tools used in working on VR.

Hassan said that like all sub-fields of computer sciences, both VR and AR require specialised training.

“Developers can also find basic development tools online, along with a number of tutorials, detailed education and training regarding these two technologies and the various coding mechanisms and engines that are required to utilise them,” he said.

He opined that at present, Pakistan can only enhance its workforce of virtual and artificial reality developers by researching on the technology and gaining hands on experience through online tutorials and trainings.

“Pakistan is often quick to adapt to new technologies but the country needs a broader interaction with VR and AR in order to tap its actual potential,” he said. “Right now, a few companies have started work on VR and AR alike, but exponential growth will only be seen once it is introduced in education and other essential sectors.”

Abdulwahab highlighted that the scope of AR and VR was beyond anyone’s imagination and stressed that they can be utilised in almost any field and give a modern image to diverse products.

“The future of technology is undoubtedly AR and VR,” he emphasized. “Be it for professional use, market purposes, learning, or just entertainment, AR and VR are here to stay.” 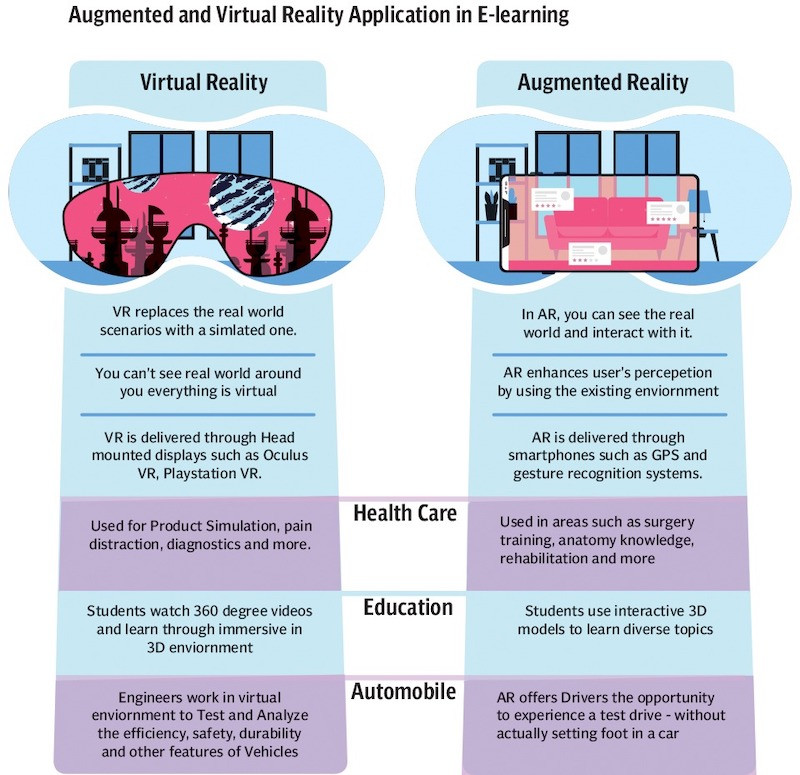