Content, no matter how lofty and sublime, is not enough to make an exceptional literary artefact.

Let’s start with an anecdote, a literary joke, to be more precise. My literary guru, Professor Sajjad Baqar Rizvi was once a student at a college in Karachi where two great literary scholars and critics – Muhammad Hussan Askari and Karrar Hussain were his teachers. One day Baqar Sahab went to the staff room where both of the illustrious men were already sitting. Baqar Sahab was carrying a book – covered quite diligently and delicately. Professor Karrar Hussain looked at the object and asked his student what that was. Baqar Sahab immediately handed the book to his teacher. Karrar Sahab touched it, opened it and after having scanned again the wrapping, said in a semi-rhetorical tone: “So, you take good care of your books!”

“Yes sir,” the young student replied in an obedient manner and in a cheerful mood and added: “I have learnt it from Askari Sahab!”

Professor Karrar Hussain returned the book to its owner and while doing so he quipped: “Well, I am of the opinion that we should spoil the ones we love.” Baqar Sahab looked at Askari Sahab for his reaction, maybe for help, who did not lift his glances but remarked: “So am I, but I spoil them from within.”

Spoiling a book from within – is not here only in a metaphorical sense; there are a good deal of readers who, for a close and ‘penetrating’ reading, are in the habit of taking a pencil in their hand when they turn to a book to read. There are sometimes exceptions to this general rule. Robert Louis Stevenson used to keep always two books in his pocket, one to read, one to write in. I am, however, a follower of Askari Sahab.

This reading method is adopted for the dual requirement of underlining important or interesting portions of the book to recapitulate them later as well as scribbling your own remarks on the margins that might help you judge the book on the whole – in the end, plus to give you an opportunity to ‘(re-) write’ with the author. Nevertheless, this habit creates, at times, some practical problems. For example, you are hesitant to do this exercise when the book in your hand is too delicate, too fine, too beautiful – in respect of its paper, printing, binding, colour scheme and calligraphy etc. In other words, the sheer aesthetic qualities of a book forbid you to mark its lines as in such cases the activity of scratching with a pencil or pen appears be an outrageously sacrilegious act.

Thus, the book-ness of a book goes beyond being a simple Leküre – a reading material; a book presents itself also as an object, a sheer physicality. “Many people, myself among them, feel better at the mere sight of a book,” the Pulitzer Prize winner American novelist Jane Smiley once said. Whenever a book from some of us used to go for printing, Ghazal poet and our senior friend Muhammad Khalid would never forget to remind us: “The spine must be fine.” There are some people who love the sound of the pages of a book flicking against their fingers. Italian cultural critic and novelist, Umberto Eco said: “I love the smell of book ink in the morning.” There are some bibliophiles who define even happiness as smelling a book.

But, lest one be considered hyper-sensuous, if not hedonist, let it be clarified that all this is only to underline the fact that the exterior or façade is not just a superficial or superfluous aspect of an entity; it is indeed an integral part of the whole.

Closely looked, the exterior of a cultural artefact and/or a literary text too has significance, indeed meaning, of its own. But, by exteriority of a text is not meant the style of writing alone.

This proposition may be worked upon and extended further, for example, by adding to it a sensuous category and so on. The crucial point here, however, is that Benjamin`s tripartite model does not delineate the semantic dimension of the text, rather it concentrates on its morphology – which is more on the side of exteriority, the packaging, than that of the content.

One remembers here a meeting of the progressive Urdu poet Faiz Ahmad Faiz and some of his comrades with writer and philosopher Jean-Paul Sartre wherein the latter, as Faiz recalls it in a brief memoir – ‘A Meeting with Sartre,’ makes a sharp distinction between the literatures written in the western world vis-à-vis in the so-called Third World. “Western countries have already left hunger, disease, poverty, slavery etc behind. They have no more continents to conquer and in their own countries they find no great issue (to write about),” Sartre said and added “however, a lot of interesting experiments are being made here in the West,” and, in the end: “In the present situation, we have techniques and you possess themes,” he concluded. 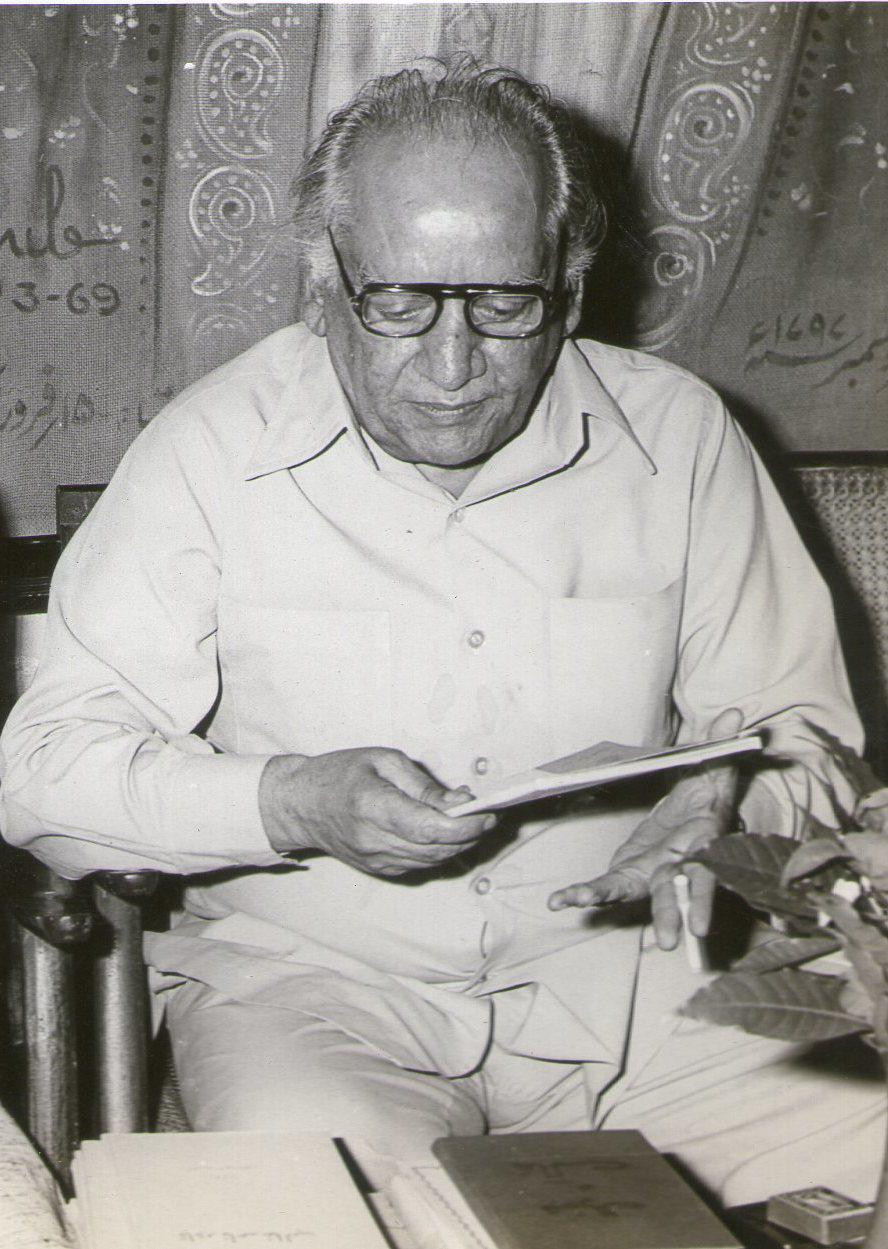 This statement must not be carrying the exact wordings of Sartre as it was reported by our poet many years later relying on his memory, but we may, perhaps, take it as gist of what Sartre might have said. So, the crux of the matter is: West equals techniques only and lacks of big issues. East on the other hand, contains plenty of issues and themes. Well, but doesn’t it seem to be a pretty brutal dichotomy? To say the least – a dichotomy that tends to see things in black and white. This binarism was close to the heart of the structuralists like Claude-Levi Strauss and others – Sartre’s contemporaries and his parallel, if not quite a rival, group of thinkers. Faiz’s own political ideology, Marxism, is entrenched in numerous binary oppositions: bourgeoisie or proletariat, base and superstructure etc, so our poet might have taken Sartre’s words not only accessible, even snug, but given the fact that he was representing the so-called Third World in the meeting, he might have received Sartre’s observation somewhat flatteringly pleasing. We all know that Sartre was a champion of Littérature engagée (literature of commitment); he, along with his life partner and writer-philosopher colleague, Simone de Beauvoir, not only in his writings lashed out at but even practically stood against the colonial barbarianism of France in Algeria. Still, it is hard to believe that such an oversimplified judgment could have stemmed from the author of ‘Being and Nothingness.’

That said, Sartre, in general, may be right, particularly, when his pronouncement in no way suggests that the only subject matter is enough for a writer to make a piece of literature. Presentation of the subject matter, need not to say, is equally, if not more, important a factor, especially in literature. Sartre was a philosopher and an engaged writer but aside from his philosophy and engagement, he was a splendid writer and his ‘Nausea,’ ‘The Wall,’ ‘No Exit,’ and ‘The Flies’ are not just baggage of his philosophical expositions or his political commitment. One major aspect that pushes these writings into the field of literature is their presentation. Faiz himself was a poet with a well-articulated political agenda, though his poetic enunciations come mostly packed with or packaged in, such a florid, even every so often, ostentatiously ornamented language that seem to be flying in the face of his message. However, such discrepancies do not desist a writer from setting out the exterior elements of his or her text, the packaging, if you like.

Here we should move with a point of caution: a packaging for a true writer is not just a replaceable covering; it is as important and indispensable as the content of his or her literary artefact itself it. It is, in some instances, even more important that content itself – if we keep in our mind the telling and oft-quoted dictum by the communication theorist Marshall McLuhan: “The medium is the message.” When T.S. Eliot says, “Genuine poetry can communicate before it is understood,” one interpretation of this remark might be that there is something beyond the semantic weight of a literary text.

A literary text has two poles: production and reception. The writer sits on the side of production of the text whereas the publisher – one of the chief arbitrators in the reception process – is on the side of the reception pole. Designing the literary artefact, for example, is primarily a publisher’s job but the writer in many different ways can suggest various means to the former to achieve the desired ends.

Here we can seek help from French literary theorist Gérard Genette who developed the concept of ‘Paratext,’ that according to his definition, includes all verbal and non-verbal structures that make a text a media object - a book, film, etc. Paratexts are in turn divided into the peritexts and the epitexts. Both peritext, that is, the liminal devices within the book, and epitext, the material outside it, serves to mediate the book to the reader. Peritext includes elements that surround the body of the text, such as the foreword, table of contents, index, and source notes. Epitext points to the communications outside the text that can also influence whether and how the text is read, for example, book reviews, interviews, author websites and letters and critical literary analysis.

This paraphernalia, which works as a ‘pragmatic halo’ and builds a bridge between author, publisher, and reader, is, as Genette explicates it, “neither on the interior nor on the exterior: it is both; it is on the threshold.”

The Paratext theory has been further expanded by taking into account the external paratexts or by differentiating between verbal and non-verbal aspects of paratexuality like titles, blurbs, cover flaps and endorsements etc., on the one hand and illustrations, layout, indeed the entire physical dimensions of the book, on the other hand.

The function of paratexts is measured at reception - they form, as said earlier, the threshold between text and the recipients, mediate between the inside and outside poles, induce and modulate pre-attitudes, affect the field of receptive expectations.

This is, however, not to take literature just as a product of market economy; it is to stress the pragmatics as well as essential aesthetics of a literary piece: the finished product. Nor it is to belittle the issue-based and value-laden character of literature.

Literature is, to be sure, not simply a sub-discipline of humanities, even not just an off-shoot of culture; the question of literature is, in fact, a question of the whole civilization. But, since literature falls in the realm of art, mere a big issue, whatsoever that may be, cannot make a great piece of literature. Putting in different words: content only, no matter how lofty and sublime it is, is not enough for the composition of a better literary artefact. In order for this to come into being, a literary object requires packaging that supplements its content and a supplement, as Jacque Derrida’s ‘logic of supplementarity’ tells us, is not only an addition from the outside, but it is also simultaneously supplying of what is missing. Thus, packaging is not something just to be added to the text but a component that completes it.

The writer is a Pakistan-born and Austria-based poet in Urdu and English. He teaches South Asian Literature & Culture at Vienna University.