In 2014, as I commenced my MA course in Political Communications, in what I would now term as overzealous enthusiasm, I decided a month before the course started, that I would write my thesis on the blasphemy law in Pakistan. To present my findings, I would conduct an analysis on the media coverage leading up to the assassination of Governor of Punjab Salman Taseer.

Sitting in England as I began my research, I realised that there was limited data available from news channels on Youtube. News channels were not uploading daily content as regularly back then as they do now. The streaming platform’s potential was yet to be fully realised in Pakistan. But I couldn’t quite let go of this idea. It sounded so great in theory: in-depth research on a topic that was both current and controversial, it tied in well with the scope of the course and was in some ways unique to Pakistan. A recipe for success. I was gravely wrong. Five months into the course, I’d presented my proposal, earned my approval to proceed and had been assigned a thesis supervisor, whom my imperialistic course convenor would have considered close enough to being ‘Eastern’ to advise me.

However, my supervisor, who though an expert in his own right in the areas of Arabic nations and media studies, was not fully privy to the convoluted layers of Pakistani media and not quite up to speed with the incendiary nature of Pakistani sensibilities when it came to a topic like blasphemy law. He sent me in directions which I can now in hindsight only compare to running around in circles and coming up empty-handed each time. I was anxious and beginning to doubt both my chosen topic as well my elected course of action to carry out the research. So how to proceed forward in this scenario? I doubled-down and started doing even more research. I figured I could work on a compelling introduction, a convincing chapter on chosen research methodology and then present a large number of interviews. Surely, this would make up for the inability to present concrete interview evidence that was the crux of the entire thesis?

Unsatisfied with my meagre findings, I ultimately submitted my thesis telling myself I had done the best I could while simultaneously also regretting the fact that I hadn’t reconsidered my topic of research back when I first learned that I didn’t have sufficient number of interviews available to analyse on the chosen topic. My grade, which I received a month after submission, reflected what I already knew: I’d scraped by and earned a ‘merit.’

I accepted this and moved on, however, I never could let go of that nagging thought at the back of my mind that had I reversed my course of action in time and found a new topic, I could have earned the distinction I had so desperately desired at the beginning of the year.

Professor in Organisational Behaviour Barry M Staw identifies this doubling down on a chosen course of action as ‘escalation of commitment.’ He first raised identified this behaviour in 1976 in a paper called, ‘Knee deep in the big muddy: A study of escalation of commitment to a course of action.’ Researches inspired by his theory, thereafter began conducting studies to analyse the factors, causes and situations that result in one choosing to escalate his commitment to chosen path of action.

Moreover, in another paper in 1981 titled, ‘The Escalation of Commitment to a Course of Action,’ Staw argued that in many instances, “individuals can become locked into costly course of action” and in such cases they subsequently attempt to “recoup their losses through an even greater commitment and try to integrate its complex and often conflicting determinants.”

According to him, “Many of the most injurious personal decisions and most glaring policy disasters can come in the shape of sequential and escalating commitments.” Staw notably cites the US involvement in the Vietnam War as a prime example of a case of escalation of commitment. George Ball, then Undersecretary of State in a memo dated July 1, 1965 wrote to President Johnson, “The decision you face now is crucial. Once large numbers of US troops are committed to direct combat, they will begin to take heavy casualties in a war they are ill equipped to fight in a noncooperative if not downright hostile countryside. Once we suffer large casualties, we will have started a well-nigh irreversible process. Our involvement will be so great that we cannot – without national humiliation – stop short of achieving our complete objectives. Of the two possibilities, I think humiliation would be more likely than the achievement of our objectives – even after we have paid terrible costs.”

However, Ball’s dissent was often affectionately dismissed by President Johnson and the long arduous war was to last nearly two decades. Nearly 2 million Vietnamese people were killed, 3 million wounded and another 12 million became refugees. The US spent $120 billion on the conflict before finally reaching a peace agreement with Vietnam in January 1973.

Staw identifies this as the key issue that results in escalation of commitment. The realisation that the chosen course was wrong but to continue to increase ones commitment to it despite all rational evidence presented advising one to cease to go down the same direction. “Judging by popular press accounts and the observation of everyday events, it appears that individuals may have a tendency to become locked into a course of action, throwing good money after bad or committing new resources to a losing course of action,” Staw argues. However, he adds, “The critical question from an analytical point of view is whether these everyday examples denote a syndrome of decisional errors or are just a post hoc reconstruction of events.”

“These results can be interpreted as showing that individuals will reduce their commitment to a course of action where prospects for future gain are bleak but that they will continue to invest large amounts of resources when provided an external cause of failure and some hope of recouping their losses,” said Staw. “Unfortunately, individuals may selectively filter information so as to maintain their commitment to a policy or course of action.”

According to Professor of Organisational Behaviour and Leadership Lahore University of Management Sciences Jawad Syed, “Escalation of commitment is an interesting behavioural theory also known as commitment bias. Staw explained how individuals may continue to invest time, emotions, money, and other resources into something that continues to fail, and instead they tend to rationalize their continued commitment to the unproductive decision or action. It refers to a pattern of human behavior in which an individual, group or organisation facing increasingly negative or unproductive outcomes from a decision or action nevertheless persists with the behavior instead of a change in course.”

“At times, the decision-maker or the actor continues the behavior that appears to be non-beneficial or irrational but may align with previous decisions and actions. Such situations generally have the choice of either persisting with or withdrawing from the course of action, and subsequent investment of time, effort, or resources may reverse or compound earlier losses.” 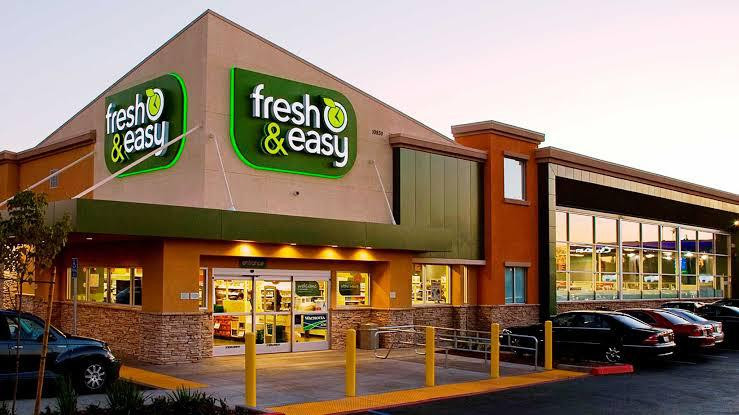 “For instance, sticking with a toxic job or remaining in a terrible relationship that continues to harm one’s mental and physical health may be an instance of escalation of commitment. There are also examples from the organisational and professional landscape. For example, the U.S. Air Force wasted $1 billion and six years in pursuit of a new combat support system that didn’t work,” he said. “Similarly, it took Tesco £850 million and six years to realise that its ‘Fresh and Easy’ brand had failed.”

Tesco’s American project Fresh and Easy launched in the US in November 2007 and was supposed to be capital light however, it failed to crack the American market. The retailers increased their investment, remodeled its stores and expanded to upto 200 stores in Arizona, Nevada and California by 2012. However, Fresh and Easy just continued to fail to gain traction with American consumers. According to a Financial Times (FT) article, it cost the world’s third largest retailer more than £1billion in capital and they racked up about £850 million in losses. Dave McCarthy, an analyst at Investec Securities, as quoted by FT, said while referring to Philip Clark, in charge of the Fresh and Easy project, at the time that Tesco finally made the decision to close down the project, “I’m surprised it took Phil so long to make a decision that he should have made two years ago.”

“Another possible example is Pepsi Max, which was launched in Pakistan in 2008 and was relaunched in 2009. Apparently, despite significant investment over two years, the brand could not perform well in the carbonated soft drink industry,” said Syed. “This raised questions such as the product’s positioning, promotion strategies and product quality,” he said. Pepsi’s refusal to reconsider Pepsi Max after its failure to do well with consumers after its first year on the market, and to decide to continue to invest into it the following year is a classic example of escalation of commitment.

“From a geostrategic perspective, our (unwritten) national policy of engaging non-state actors to promote strategic interests in the region has continued to backfire and may be seen as a classical example of escalation of commitment. In Ghalib’s words, Alas the frenzy of passion that, every moment, I would myself drive in that direction, and would myself become bewildered,” adds Syed.

However, Staw also hypothesises, “Do decisions about commitment to a course of action inherently lead individuals to errors of escalation or are we, as observers, simply labeling a subset of decisions whose outcomes turned out to be negative?” In that case, “do individuals in such cases cut their losses or escalate their commitment to the course of action?” asks Staw.