Failur­e to adapt may lead to loss per acre in yield of three crops in next two decade­s .
By Amel Ghani
Published: March 18, 2015
Tweet Email 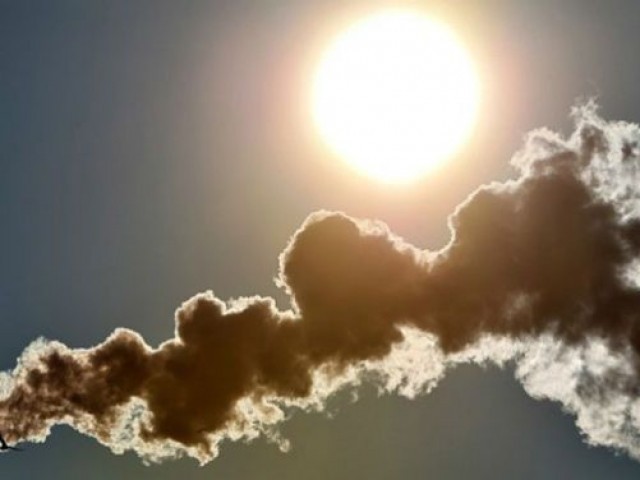 The per acre yield of the three major crops in the province may fall between 8 and 10 per cent over the next two decades if farmers are not encouraged to adapt to climate change, says Ali Dehalvi.PHOTO: AFP

The per acre yield of the three major crops in the province may fall between 8 and 10 per cent over the next two decades if farmers are not encouraged to adapt to climate change, says Ali Dehalvi, a researcher with the team that worked on Climate Change in the Indus Eco-region study.

He says this amount to a loss of up to Rs30,000 per acre for growers of wheat, rice and cotton crops.

The study identifies varying harvest and cultivation timings, choice of crops grown in a year and inputs and various on-farm soil and water conservation techniques as the strategies employed by farmers to adapt to the impacts of climate change. However, Dehlavi says, the proportion of farmers using these strategies is not very high. “Only about 50 percent of our respondents are using these techniques to prevent losses in crop yields,” he says.

Dehlavi calls for awareness raising programmes for farmers on changing patterns of rainfall and extreme temperatures. He says these should be undertaken jointly by agricultural extension officers of the provincial government and staff of non-governmental organisations. “The biggest challenge is to encourage farmers to experiment with these adaptation techniques to see what works in their specific conditions,” he adds.

Meanwhile, Dr Mohsin Iqbal, head of the Coordination and Agricultural Section at the Global Change Impacts Studies Centre in Islamabad, suggests that development of seeds that are resistant to varying temperatures is the only sustainable solution to the impact of climate change in the country. He says extreme temperatures will likely shorten the growth period of crops like wheat and rice and increase the quantity of water required for growth. This will impact yield quality as well as quantity, he adds.

A recent study by the German Watch places Pakistan sixth amongst countries most affected by extreme weather events between 1994 and 2013. Pakistan Meteorological Institution Chief Meteorologist Dr Ghulam Rasul says recent rains in the Punjab and sudden rise and fall in temperature are related to climate change. He says such changes in weather at this time of the year can damage wheat crop nearing harvest in the province. Rasul says his 2012 research had found a 0.5 per cent increase in average temperature in the country between 2000 and 2012.