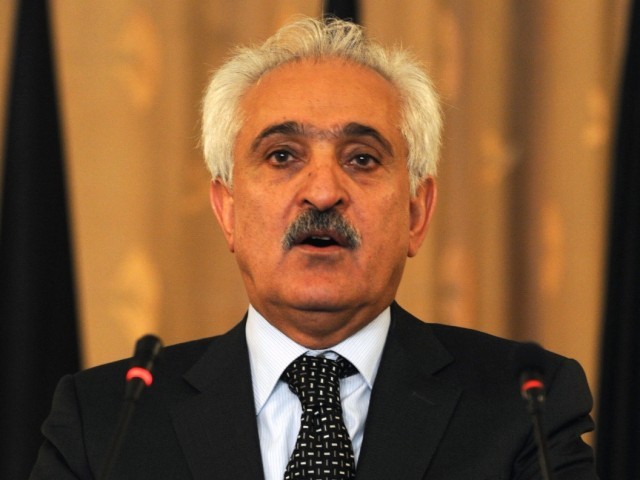 Afghanistan’s National Security Adviser Dr Rangin Dadfar Spanta is heading a delegation of senior officials from the foreign, interior and defence ministries as well as the country’s intelligence agency.

Senior officials of Pakistan’s foreign ministry and Afghan ambassador in Islamabad went to the airport to receive the Afghan delegation.

Afghan President Hamid Karzai had told Prime Minister Nawaz Sharif over the phone last week that his team will carry a letter that will seek a “road-map” for future bilateral cooperation against terrorism.

The foreign ministry in Islamabad said Dr Spanta will hold delegation-level talks with Adviser to the Prime Minister on National Security and Foreign Affairs Sartaj Aziz. The talks will be attended by senior security officials from both sides.

“The discussions will focus on ensuring deeper bilateral security cooperation. The two sides will discuss ways of strengthening regular contact between the security authorities of the two countries,” the foreign ministry said in a statement on June 25.

The Afghan president had decided to send his top aide for follow-up discussions after PM Nawaz’s special envoy, Mehmood Khan Achakzai, met him in Kabul last week. During Achakzai’s visit, he had sought Kabul’s cooperation to tighten security along the border in order to stop militants from fleeing and entering Afghanistan.

Qazi Amin Waqad, a senior member of the Afghan High Peace Council, told The Express Tribune this week that Afghans have attached high hopes to Dr Spanta’s visit as bilateral talks would help the fragile peace process in Afghanistan.

The visit comes at a time when the cross-border firing has caused tensions between the two neighbours.