Who will stand up for investigative journalism?

Who will stand up for investigative journalism? 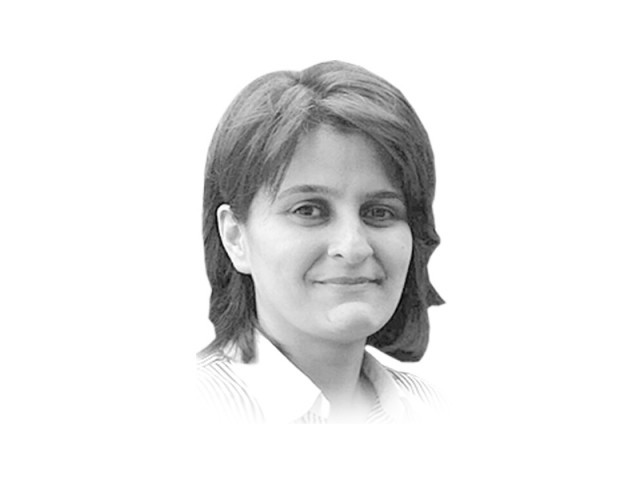 Pakistani news channels — newsy or noisy! It’s ironic to see the deteriorating quality of news reporting and declining ethics in the overall media landscape. As a media professional, my day in the United States starts by scanning world news and ends by reading and watching news channels that are merely based on provocative talk shows. While taking a quick glance at the role of media in Pakistan, the immediate question pops up; what happened to the code of ethics, objective reporting, transparency, fairness and credibility of the news media?

I am not accusing media outlets of being mediocre, but it seems that every news story creates so much sensationalism, every talk show appears to be a clamorous affair, with anchors putting the guest speakers in a boxing ring and giving them a reason to fight with their topsy-turvy analysis. As for talk shows, the more I watch them the more I think that those who produce them believe that creating a noisy, blame-each-other style of discussion will make them ‘journalism heroes’. Although journalists all over the world celebrate International Media Ethics Day, the Pakistani media still seems to lack an industry-wide media ethics code. Special interests, and above all sensationalism, continue to compromise objectivity and transparency in the media.

Journalism is more like advocacy. A journalist cannot just inform the public and lay off, rather he or she helps the community to address the problems and provide solutions for a sustainable and healthy democratic society. And if a journalist just relies on ‘he said/she said’ kind of journalism, he or she cannot fulfil the role of advocacy journalism. They have to be honest with their profession and work on a broader framework. They cannot satisfy themselves only by informing the public. Rather, they have to empower and mobilise them.

Similarly, in the UK, the Bureau of Investigative Journalism, which was set up with funding from philanthropists David and Elaine Potter, has a team of between 20 and 25 journalists. The bureau’s profile has been raised by its involvement in the WikiLeaks stories.

The second most important aspect of investigative journalism is social media itself. There are a number of people, including professional journalists, who have started putting out credible information on their blogs and websites when the mainstream media fails to report and investigate an issue. And this is happening not only in the US; it is a worldwide phenomenon.

Not only is investigative journalism going through a transformation, it is now almost impossible for power players to maintain exclusive control over the spread of information. WikiLeaks will always serve as an example for such transformation.

Furthermore, according to some reports, non-governmental organisations, such as Human Rights Watch, and other NGOs, are actively involved in gathering data and putting credible information on their websites. These acts serve as alternatives to investigative stories. Whether it’s corruption, human rights, the environment, climate change, illegal resource exploitation, child detention or a wide range of other important issues, campaigners have been shaping the news agenda through their use of investigative techniques to an ever-greater extent.

At the local level in US states such as Colorado, Iowa, and Wisconsin, watchdog journalism projects are helping audiences and serving as an investigative journalism model for media scholars to consider.

Journalists in Colorado have launched two projects aimed at increasing the quality and quantity of watchdog reporting throughout the state, according to the Poynter Institute. The projects — Colorado Data Commons and CitizenAtlas — have received a $336,900 from the Knight Foundation. The projects are just two of the 19 projects that won this year’s Knight Community Information Challenge, an annual contest that helps location-based foundations meet local information needs.

In Pakistan, we need to focus on creating institutes of investigative journalism that are cost-effective and sustainable because of the content produced using investigative journalism techniques. This will lead to a media landscape in Pakistan that rises above the noisy, back-and-forth provocations of today and, instead, keeps a watchful eye on power and corruption for the benefit of the community.