Direct­or says people expect­ed a ladyli­ke film from her and not the kind of action-packed film she made.
By IANS
Published: May 2, 2014
Tweet Email 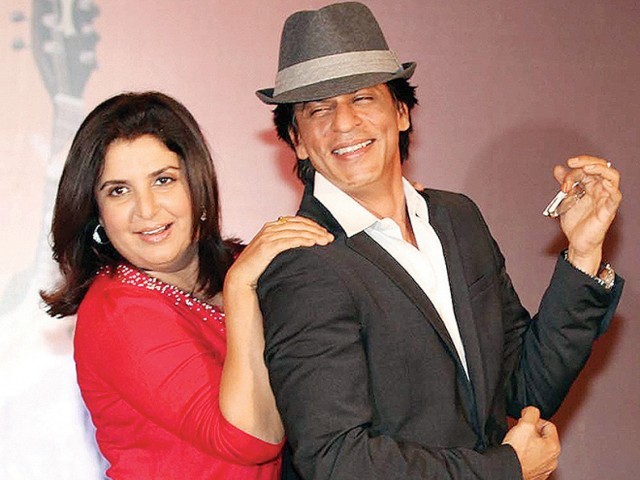 It’s been a decade since choreographer Farah Khan’s debut directorial Main Hoon Na hit the screens. She can only look back at her pool of memories with a smile. It had a gripping cycle rickshaw chase scene and a heated fist fight between superstar Shahrukh Khan and action hero Suneil Shetty. Choreographer-filmmaker Farah Khan’s “loved film” Main Hoon Na had all elements that were anything but “ladylike”.

Farah went into a nostalgic mode when asked about her film completing 10 years. “We got very nostalgic with all the photos my fans are sending me. I don’t even have those photos. Even in the office we couldn’t find pictures, because we changed the office twice. We remember it like it was last year or something and suddenly it’s been 10 years,” Farah told IANS. “I wanted to make it for so long. From the time I started writing the script, it took around two to three years before I got to make it. It was a very different film for a female director to make at that point. People were not expecting this kind of a film. They thought I’d make some ladylike film,” she added.

Calling it a “very macho film”, the movie also gave Shahrukh, the lead actor of the film, a break from romantic sagas like Kal Ho Naa Ho and Chalte Chalte.

“It was a very macho movie, even for Shahrukh. He wasn’t doing action at all at that time, he was only doing love stories. It was like an action macho film for him also. He enjoys doing action a lot more… He adds a lot in terms of making the action more thrilling. The movie did well everywhere — North, South, interior belt,” she said.

Though she thinks there’s always room for improvement, she considers Main Hoon Na to be the perfect film to launch her as a director.

“I had so much fun making it. It’s a loved film. It comes almost every day on TV and every day I get messages on Twitter or BB that they are watching it for the 20th time and still love it. I wouldn’t want to change things, I am very happy. Now my kids watch it and they enjoy it a lot,” said the mother of triplets.

It’s been 10 years, but the 48 year old still feels nervous.

After pausing for a while, Farah, who has two super hits behind her, said: “I am not confident as a director, I still get nervous. I don’t know whether I am heading in the right direction or no; I was far more confident when I was making Main Hoon Na. Now, there is pressure.”

The Om Shanti Om director is now tied up with Happy New Year, which she likes to call her “biggest movie” yet.

“Happy New Year is very hectic, it is definitely the biggest movie Shahrukh and I have made. It’s a very big movie in terms of scale, star cast and everything. Every shoot has thousands of junior artists. It’s a difficult film for me, but we are having so much fun. The cast and crew are lovely,” she said.

She has done so much, but still has a lot more to do. When asked what’s left to explore, she said: “Arey, lots more.”

Did you know?: Australian university names scholarship after Big B