Schedu­le for local polls will be announ­ced once LG Bill is passed, says Sherpa­o.
By Our Correspondent
Published: October 28, 2013
Tweet Email 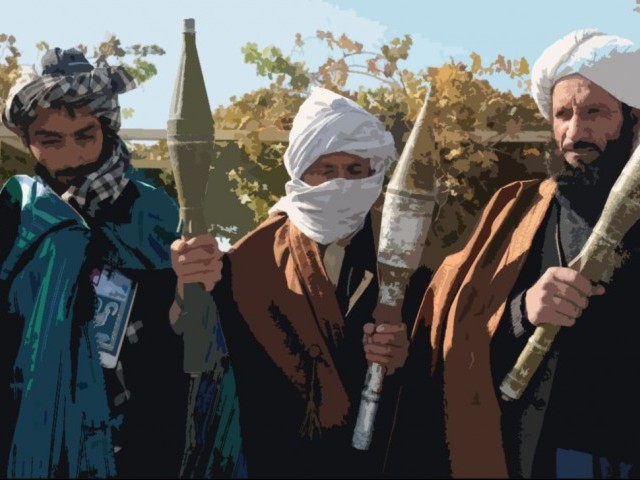 In light of the APC’s agenda, the government should initiate the dialogue process soon, bring an end to drone attacks and rid the region of militancy, demanded Sherpao. PHOTO: AFP/FILE

SWABI: Senior provincial minister and provincial president of Qaumi Watan Party, Sikandar Hayat Khan Sherpao welcomed the federal government’s initiative of dialoguing with the Taliban. The government should launch the process in light of points chalked out in the all parties conference (APC) held in September, said Sherpao on Sunday.

Talking to journalists at a condolence reference for MPA Shiraz Khan’s mother in Swabi, the senior minister stated previous governments did not take militancy as a serious issue which has resulted in unrest in the region.

In light of the APC’s agenda, the government should initiate the dialogue process soon, bring an end to drone attacks and rid the region of militancy, demanded Sherpao.

Discussing the local body election, he claimed all political parties are in agreement over the points of the draft which has been sent to the selected committee. Sherpao explained the bill would come for approval to the provincial assembly and once passed, the schedule for polls will be announced.

According to the new system, 4,500 village councils would be formed in Khyber-Pakhtunkhwa, through which most of the incentives and funds would be transferred directly to locals, added Sherpao.