Granta offers some stunni­ng work on Pakist­an, provid­ing reader­s a wide range of topics from Jinnah to the Taliba­n.
By Huma Imtiaz
Published: September 26, 2010
Tweet Email 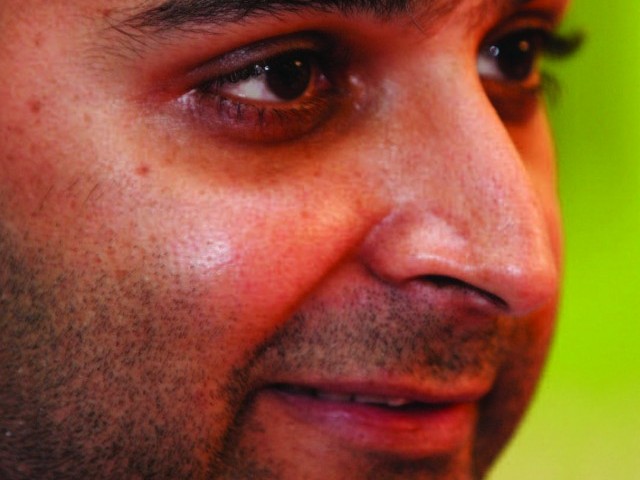 In 2008, Pakistan experienced what is now fondly, or sarcastically (depending on the time of the night), referred to as The Big Bang in its English-language literary scene. Nowhere in the world would the release of a novel lead to such jubilation, but it made the world sit up and take notice: Pakistanis can write things, and they’re not just ransom notes and fatwas.

It is unsurprising then that a few years and half a dozen publications later,  the renowned UK-based literary journal Granta dedicates its 112th issue to Pakistan, featuring fiction, reportage, poetry and art from the country that is best known internationally for its export of terrorism, mangoes and match-fixing cricketers. For a country that’s produced legends like Sadequain, Faiz Ahmed Faiz and Saadat Hasan Manto, a Granta issue should carry very little weight in cementing the belief that Pakistan is more than what meets the eye, or in the world’s case, the headlines. Unfortunately, one must be grateful for the half-dozen novels and dare it be said, the Taliban, for focusing the spotlight on the country.

But even Granta, as exalted as it may be, sadly descends into the clichéd. It comes in handy though as a useful guide to telling you what the world thinks of Pakistan, and not what Pakistanis think, which may have made a finer objective. The cover, painted by local truck artist Islam Gull, is great by truck art standards but pales in comparison to some of the stunning art work printed in the journal, which makes one wonder why the publishers would use this hackneyed image, covered to death across the globe. One should be grateful though, that a la Newsweek, Granta did not go for a picture of bearded protestors as symbolic of the country.

Cover image gripes aside, Granta offers some stunning work on Pakistan in some of its essays, providing readers not just historical perspective, but also covering a wide range of topics from Mohammad Ali Jinnah to the Taliban and several things in between. Featured writers include grand master Intizar Hussain, whose essay, “The House by the Gallows”, translated by Basharat Peer, is by far the issue’s highpoint. Hussain takes on the subject of General Zia, religion and the rapid decline of Pakistani society with such ease that one can only sigh with pleasure at the high standard of literature presented here and then sigh with depression as Hussain marks the descent of the Pakistani psyche with this essay.

One may have wished, when browsing through the list of contributors, that perhaps there should have been reportage from a Pakistani journalist or two (no, Fatima Bhutto does not count). However, Declan Walsh and Jane Perlez shine so brilliantly in their commentaries, be it Walsh’s vividly portrayed cast of characters in Lakki Marwat, or Perlez’s deciphering of the many faces of the Quaid, that the loss of an actual Pakistani perspective doesn’t seem quite so bad. Guardian correspondent Declan Walsh’s dazzling essay “Arithmetic on the Frontier” is, save for the Kipling reference, cliché-free and stands out for the uniqueness of the subject and the remarkable understanding that Walsh displays of his character: Kamal, the politician, lawyer, ‘’warlord’’ chameleon from Lakki Marwat. Walsh’s essay has the key elements of a thriller: violence, alcohol, political intrigue and a near-tryst with an unlikely admirer. This helps to not just bring the story of Kamal to life but also brings home the descent of the tribal areas into a hotbed of terrorism. Declan Walsh succeeds here where many have failed, he brings the war home, without demonising the characters, yet simultaneously exposing them for the contradictions that lie in their personalities, born out of a balancing act between political tact and traditional customs.

It is after reading Perlez’s and Walsh’s essays that one begins to wonder why almost no Pakistani reporter has been featured in the issue. As dismal as it may sound, local news journalists are rarely, if ever, given the opportunity to improve their technique regarding language, style and content, those elemental blocks of writing. While one may like to believe that Walsh and Perlez are simply gifted, they have also had an opportunity to hone their talent that has not been afforded to local writers, who are naturally not lacking talent. And while the Walshes and Perlezes of the world may have never found their stories featured in Granta without the help of their local fixers, it is the sheer craft of their work that sets them apart. This is something the editors of local papers may look into further, there’s a great deal to be reaped from investing in their writers with something resembling the dedication of international publications.

Granta also ensures that Kashmir, a territory that has been used in the battle of tug of war between India and Pakistan for over half a century now, has a voice in the magazine. Kashmir-born Basharat Peer, author of Curfewed Night, writes again of his homeland with a poignant intimacy and a rich and fully defined knowledge of the tangled situation. It is heartbreaking. Describing modern-day Srinagar, as “a city of bunkers, a medieval city dying in a modern war,” Peer’s personal pain is laid bare on the pages. Kashmir’s war is anything but over, and its descent into chaos is documented here for the world to see.

Other notable non-fiction includes “The Trials of Faisal Shahzad”, a man who captured the world’s attention recently as “2010’s Worst Failed Bomber” and Sarfraz Manzoor’s “White Girls”, a comment on the problems faced in trying to find the perfect girl of one’s mother’s dreams. Since the West seems to have embraced Fatima Bhutto at face value, it is no surprise that she is amongst the contributors, with a sub-par essay on the Sheedis in Karachi.

But while relatively unknown writers have left a lasting impression, it is the stalwarts that have truly disappointed in the fiction section.

It may have been 63 years since what is now Pakistan gained independence from its former colonial masters, but Pakistani fiction writers appear to not as yet have achieved the state of independence.

Take, for instance, Mohsin Hamid’s short story “A Beheading”, which reads as if it a page of the script of the Daniel Pearl movie, A Mighty Heart. It’s not entirely surprising, given that Hamid’s work has failed to improve since his stellar debut novel Moth Smoke – one has only to read The Reluctant Fundamentalist or his half-baked op-eds in a local daily to understand that Hamid has fallen, nay, jumped into the South Asian writer trap, that of pandering to a Western audience. Uzma Aslam Khan, with her story “Ice, Mating”, seemed to be following another rule employed by The Order of Panderers to a Western Audience: write about sex! Its content is as baffling as its inclusion.

Nadeem Aslam, whose use of florid language and allusions to the influence of Urdu literature on his work may have served him well in his novel Maps for Lost Lovers, but his novella Leila in the Wilderness, fails to resonate and is perhaps his worst fiction to date. A mix of fantasy and cliché, it seems as if Aslam has become a victim of his own ambition in trying to incorporate religion, violence against women, love and terrorism in the same story.

And then there came the ultimate disappointment, Mohammed Hanif, perhaps due to one’s high expectations following his stupendous debut novel. It appears from his op-eds, and even his updates on Twitter that this man can do no wrong. Sadly, “Butt and Bhatti” has an amusing title, but this extract from his forthcoming novel failed to engage this reader entirely. Perhaps one should wait for the complete novel to reserve judgment on this endeavour, which feels more than anything else, truncated.

While Granta 112: Pakistan may have successfully portrayed various faces of Pakistan, it is disappointing to note that a majority of its writers have made their name abroad, and Pakistan is the to-go place for stories. As a former colleague remarked, “you pick up a stone and there’s a story underneath it”, one wonders if Granta did not look hard enough at the local literary scene before choosing their list of contributors. Does it take a work visa in the United Kingdom to make it to the pages of this journal?

However, the contents page in Granta is also an indictment of Pakistan’s failure at producing the next Intizar Hussain. Local publishers, literature teachers and the Government of Pakistan should ask themselves why more of their protégés and citizens are missing from the pages of Granta or any other international literary journal and what steps they are taking, if any, to change the status quo.

So what does the Granta 112: Pakistan do for the local literary scene? While it is a showcase for some of Pakistan’s best literary talent, articulate and comprehensive reportage, impressive artwork and poetry, it also gives space to newcomers like Jamil Ahmad, whose book is slated to be released in 2011 and has a short story featured in the journal. He was discovered when he heard a radio show announcing the Life’s Too Short short story prize, who recently released their own anthology. Despite having had authors from Pakistan nominated for major literary prizes in recent years, it is remarkable that no international agents or publishing houses have a visible presence here.

Secondly, Pakistan is a country of contradictions, which may take months, if not years to understand, that have been laid bare by the extensive range of topics covered in the issue. While this is by no means a Dummy’s Guide to Pakistan for those who have no knowledge of the country, it is a must-read, to try and begin to understand what the Islamic Republic has achieved, and failed to achieve in 63 years. At least what it’s achieved and failed to achieve from the outside looking in.