Pakistan agrees with objective of drones, but they are illegal: Khar

Pakistan agrees with objective of drones, but they are illegal: Khar 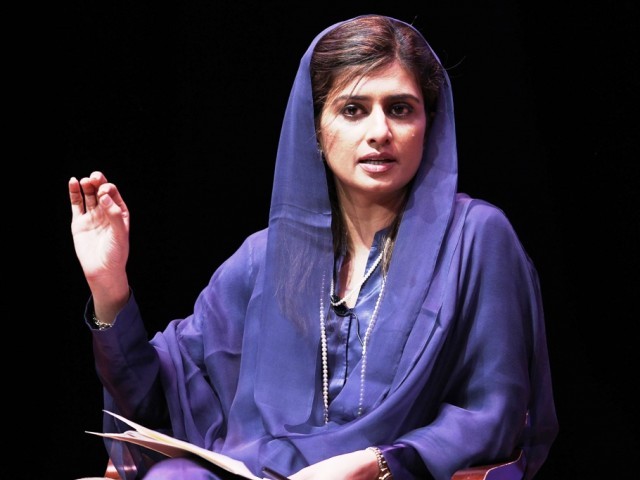 Foreign minister says Pakistan is working with the US government on resolving this issue. PHOTO: REUTERS

NEW YORK: Pakistan does not disagree with what drones are trying to achieve by targeting terrorists but they remain unlawful and illegal, said Foreign Minister Hina Rabbani Khar on Thursday.

She added that Pakistan is working with the US government on resolving this issue.

While refusing to comment on the Wall Street Journal’s story on drones during a talk at the Asia Society in New York, Khar said that the drone strikes are a reason why the US is unpopular in Pakistan.

“In the case of drones, it is like choosing to win a battle at the cost of the war. Because these are battles, you get one terrorist; you get two terrorists, fine. But are you winning the war?,” Khar questioned.

In response to a question regarding the bounty announced by Railway Minister Ghulam Ahmed Bilour against the filmmaker of an anti-Islam film, the foreign minister said that the government and the Bilour’s Awami National Party (ANP) have disassociated themselves from the call. She added that ANP chief Asfandyar Wali too was surprised at minister’s statements.

When asked about the violence that erupted in response to the anti-Islam movie, she said that the violence on the streets “embarrassed” her.

“This is not what Islam teaches us,” said Khar, adding that there is a need to have a debate on how to handle issues like the blasphemous film rather than just condemning it.

Talking about Afghanistan, Khar said that Pakistan had committed to spending $300 million on the future of Afghan children, adding that given the limited resources Pakistan has, this investment is a sign of Pakistan’s intent.

The foreign minister pointed out that she had visited Kabul at least four times during her tenure – more than her predecessor.

Elaborating on Pakistan’s foreign policy vis-à-vis India and Afghanistan, Khar said they were building confidence in the relationships. She said that Kashmir remains a core issue and that the Kashmiri people deserved same rights as everyone else.

US and Russian experts turn up volume on cybersecurity alarms