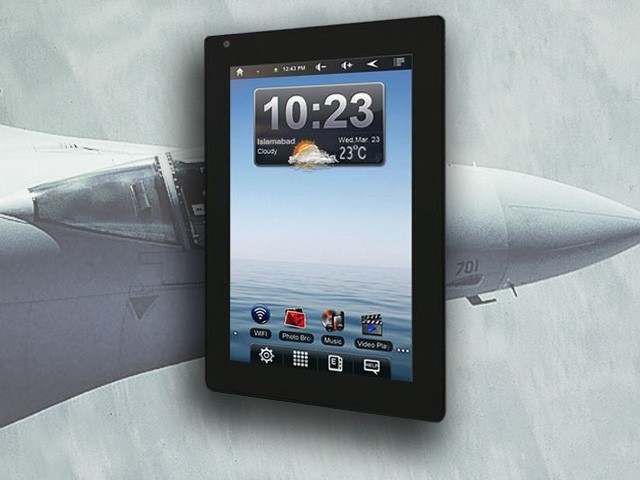 The PAC Kamra, whose self-described mission is “to produce and support weapon systems for a high state of operational readiness of the Pakistan Air Force (PAF)” has partnered with a Chinese company Innavtek International to produce Takhti 7, a better form of PAC Pad1.

The report said that Takhti 7, priced at Rs15,500, has an enhanced hardware with a double RAM and better ARM Cortex-A8 processor, and also boasts of a 7-inch capacitive screen and improved battery time. It also uses Android Ice Cream Sandwich instead of Android Gingerbread used by the PAC Pad1.

However, PAC is still struggling with its sales network. Earlier a PAC official told The Express Tribune that the products were initially being marketed in Rawalpindi, but modalities needed to be finalised so it could expand to other cities including Lahore and Karachi.

“We will get in touch with courier companies to see if we can reach a deal to transport them,” he said.

If you would like to write a review for this tablet, send it to blog@tribune.com.pk