Heavy rainfa­ll in Karach­i has hinder­ed the flow of traffi­c in many areas of the city.
Published: July 27, 2010
Tweet Email 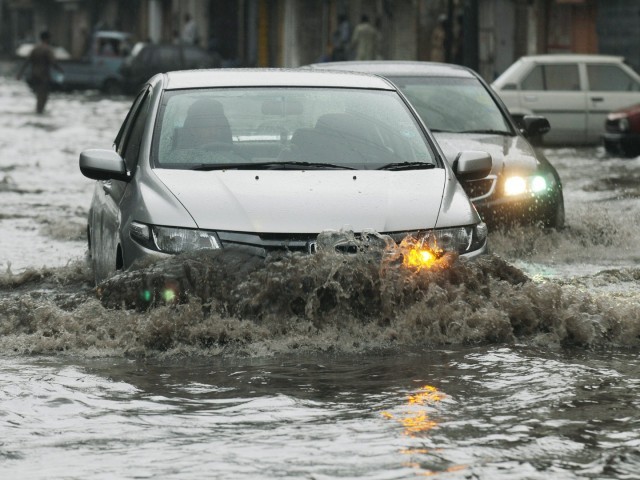 Traffic has been affected in several areas of Karachi due to heavy rainfall. PHOTO: AFP

The rainfall also affected the railways schedule, as almost all trains were three to four hours behind schedule while the met office has predicted more rains for the city in the next two days.