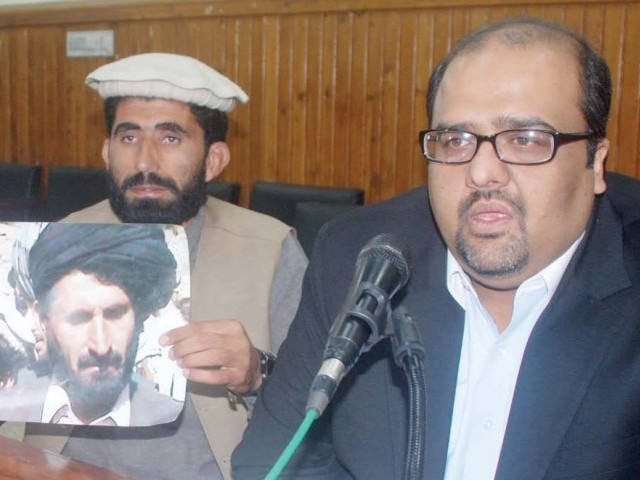 PESHAWAR: Noor Khan, a resident of North Waziristan, is determined not to let the killing of his father in a US drone strike go unquestioned.

Lawyer Shahzad Akbar, acting on behalf of Noor Khan, has sent a legal notice to British Foreign Secretary William Hague, to question the role of Britain in providing intelligence to the CIA-backed drone campaign.

Khan’s father was killed in March this year in what was said to be the deadliest US drone strike since 2006.  The attack killed 50 people, including five members of the local police, and a child.

In the legal notice made public on Wednesday, Noor Khan questions the UK’s use of telephonic or other electronic interception to provide “information to the United States which may have been used in drone strikes in the Pakistani border region.”

Addressing his first press conference at the Peshawar Press Club alongside members of the Foundation for Fundamental Rights, an NGO supporting drone attack victims and their families, Khan said a petition against US drone strikes had been filed at the Peshawar High Court.

Akbar said it was on record that the British government endorsed the CIA campaign in Pakistan. “If they gave intelligence about British nationals killed in a drone strike in Waziristan, it means information was exchanged,” he said.

The legal notice cites media reports that there have been around 309 drone strikes in Pakistan since June 2004, resulting in 2,337 – 2,997 reported deaths.

“My father was at a jirga to settle a dispute of a chromite mine. The problem was almost resolved, but during this time there was a drone attack and he was killed. Our whole village was orphaned because all the elders were killed,” Noor Khan told The Express Tribune.

The legal notice states that the practice by UK to share intelligence to the US has contributed to the death of Noor Khan’s father and several other members of his community.  The UK is contributing to the risk that our client continues to face from US drones in his area, it said.

British Foreign Secretary William Hague has been asked to submit his reply by January 12.  “If the foreign office fails to reply then the case will be taken to court,” said Shahzad Akbar.