The big cat has killed two childr­en in a week.
By The Express Tribune / Express
Published: November 20, 2011
Tweet Email 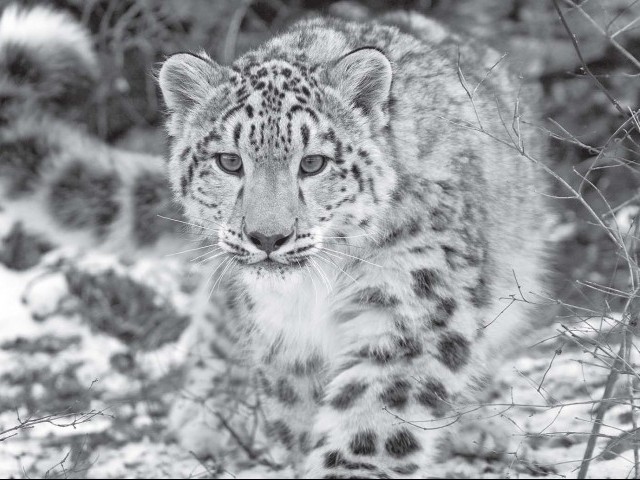 The big cat has killed two children in a week. PHOTO: FILE

ABBOTABAD: In spite of the wildlife department placing a trap to catch the leopard which killed an eight-year-old boy last week, the big cat managed to evade capture and killed another girl on Friday.

The wild animal attacked and killed an eight-year-old boy, Sohail, on November 12 in Baren Gali village, spreading fear and panic among residents.

Following the incident, the wildlife department placed a trap to catch the leopard, but all their efforts turned futile when the leopard attacked a 12-year-old girl Tahira Bibi on Friday in Kalas village.

According to villagers, the animal has also killed several cattle in the past. The villagers also staged a protest against the wildlife department, demanding that the cat be captured or killed.

Villagers explained that the department set up another trap on Saturday, following Bibi’s death, and left a goat in the trap to bait the leopard. However, according to the villagers, the leopard entered the trap on Saturday night, killed the goat and made off unscathed.

Meanwhile, villagers accused the department’s staff members of being untrained for dealing with wild animals, leaving villagers in constant terror.

“We cannot go to the jungle to collect wood or graze our cattle as we are afraid of being attacked,” said Sardar Sabir, a resident of Baren Gali village.

He was of the view that the leopard which attacked the children was an older cat which was unable to attack large prey. He also conceded that the big cat could kill more people if left unattended.