Former chief of a peace commit­tee was among the killed.
Published: October 26, 2011
Tweet Email 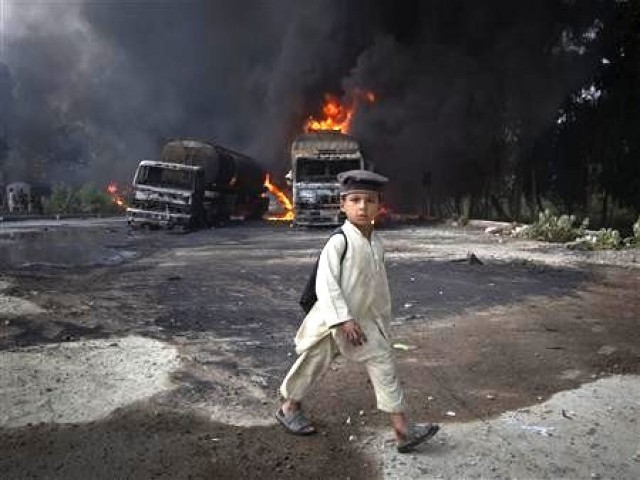 Former chief of a peace committee was among the killed. PHOTO: REUTERS/FILE

TANK: Three security personnel were wounded when a remote-controlled roadside bomb detonated next to an army vehicle on the outskirts of the town of Tank in Khyber-Pakhtunkhwa province, local military officials said.

In another incident, unidentified people shot dead two people in the Tank area of Khyber-Pakhtunkhwa on Wednesday.

The former chief of a peace committee was among the killed.

Former Tank Peace Committee Ameer Shahabuddin and his friend Asmatullah were killed while they were sleeping at Shahabuddin’s house in the Civil Lines area of Tank.

Both the victims were killed on the spot as the attackers fled the scene right after the firing.

Police have cordoned off the area and launched a search operation. However, no arrests have been made so far.

A curfew has been imposed in the area.