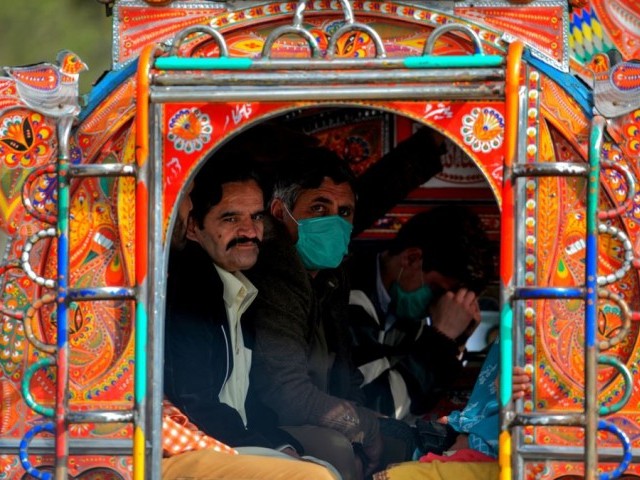 KARACHI: As the spread of COVID-19 disrupted people’s lives across the country, especially affecting daily-wage workers and low-income families, the government of Pakistan announced a financial stimulus package to alleviate the situation. When it comes to Sindh, however, the plan has been hit with delays because of the non-cooperation of the federal government.

According to the Sindh government, despite formal requests, different departments of the federal government have failed to send the data required to verify the eligibility of needy persons.

In this regard, Sindh government spokesperson Murtaza Wahab said that without the availability of people’s credentials, his government is unable to expedite the process.

“We formally requested the Centre to send the data as soon as possible but we have not yet received a response,” Wahab told The Express Tribune. “For the process of verification, we need access to data from the Federal Board of Revenue (FBR), the State Bank of Pakistan and the Pakistan Telecommunication Authority.”

Wahab added that the provincial government wants to confirm with the FBR whether or not a person is a taxpayer before considering them for financial assistance.

“The Sindh government also wants to check the bank balance of people to ascertain that they are deserving before helping them,” he said.

Responding to a query, Wahab said that the relevant federal authorities have neither clearly denied nor responded positively to the request; however, the real issue here is the undue delay in helping the poor and the needy.

“The government has still not finalised the amount per head, but it will be around Rs3,000 to 4,000 per person,” he said.

Shaikh, who is also a member of the Sindh government’s relief committee, added that people will be provided financial assistance through their mobile phone accounts. Per the procedure, deserving persons will send their computerised national identity card (CNIC) numbers through SMS to the government, after which their eligibility will be checked through relevant federal bodies.

It is pertinent to mention here that the provincial government had previously decided to prepare lists of deserving people at the district level through the district administrations and elected representatives of the relevant local councils. However, the plan was later dropped after the government started experiencing difficulties in maintaining transparency.

Additionally, the Sindh government decided to refrain from directly or indirectly distributing ration among the poor due to a lack of funds and let welfare organisations do the job.

The provincial government, however, recently set up the Sindh Relief Initiative and launched a mobile app where it registered numerous social welfare organisations willing to participate in collecting and distributing ration among daily-wage earners and people belonging to lower socio-economic backgrounds. According to Shaikh, this initiative was launched to regulate welfare organisations.

“We launched the initiative to keep track of welfare organisations that are interested in raising funds and helping the masses. It does not mean that the government itself will participate in the process,” he said.

Schools to open for fee collection, salary payment in Sindh