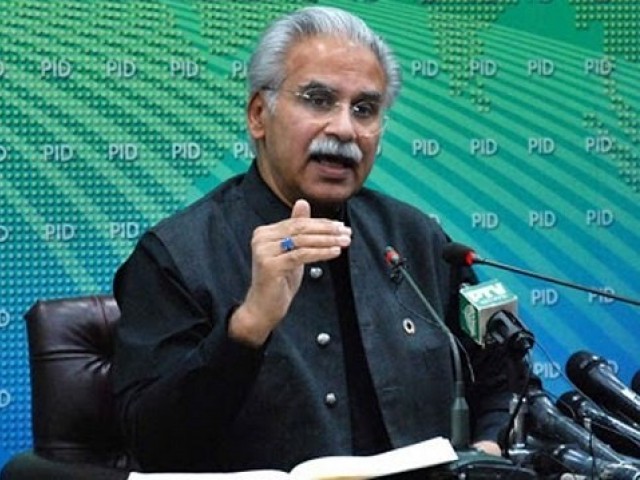 ISLAMABAD: New coronavirus cases in the country showed a decline on Monday along with more recoveries, while the authorities invited researchers, scientists, technicians, manufacturers and other experts to suggest proposals that could assist the government in its fight against the pandemic.

At a media briefing in the federal capital on the virus situation, State Minister for Health Dr Zafar Mirza expressed optimism that number of persons recovering from coronavirus in the country would increase in the coming days.

“Confirmed cases reported in Pakistan during the past 24 hours [by Monday evening] are 99, which are less than the cases reported in the previous 24 hours,” Mirza said. “In the coming days, there will be an increase in the number of people recovered,” he added.

“In hospitals, out of 783 cases, 773 are improving and expected to get well soon,” said Mirza. “Only 10 patients are in a critical condition,” he added. He confirmed that the coronavirus pandemic had claimed 21 lives, with five deaths reported within the last 24 hours.

Mirza said that the Higher Education Commission (HEC) was inviting proposals that could assist the government in its fight against Covid-19, adding that the commission would provide generous funding to prospective researchers if their ideas are accepted.

“If you have any ideas against COVID-19 prevention, its treatment and on the effects that emerge from it, please submit your proposals to HEC. They have issued an advertisement in that regard. The deadline to apply for this initiative is April 3, 2020,” Zafar added.

Dr Yusuf told reporters that the government was working on various options regarding opening transportation in the country, however, no decision had been taken so far regarding resuming the passenger train operations of Pakistan Railways.

He added that the country’s airports would be gradually reopened next month after taking into account all the possible scenarios. Till then, he added, all airports would remain closed for normal domestic flights.

Dr Yusuf said that no Pakistani passengers were in transit at any airports of the world. “All such passengers have either been airlifted to Pakistan or their visas have been extended in their respective countries,” he said.

The NDMA chief told the presser that four to five flights will take off for China in a few days to pick up ventilators, personal protection equipment and other essential medical supplies. He said he expected China would send 16 ventilators and 5,000 personal protective equipment by Tuesday (today).

“Until now, we’ve booked 3,000 ventilators. But keep in mind, we don’t expect all of them to arrive given their current demand around the world,” Afzal said. He added that steps were being taken to increase the country’s testing capacity.

“Testing facilities will soon be available in Gujrat and Bahawalpur. Evaluation of laboratories in Sargodha is being carried out,” he said. “We’re also requesting Balochistan to identify sites for testing so that we can start building labs there,” he added.