Khawaj­a Asif urged to apolog­ise for allega­tion that SAPM respon­sible for spread of COVID-19 in Pakist­an
By Waqas Ahmed
Published: March 31, 2020
Tweet Email 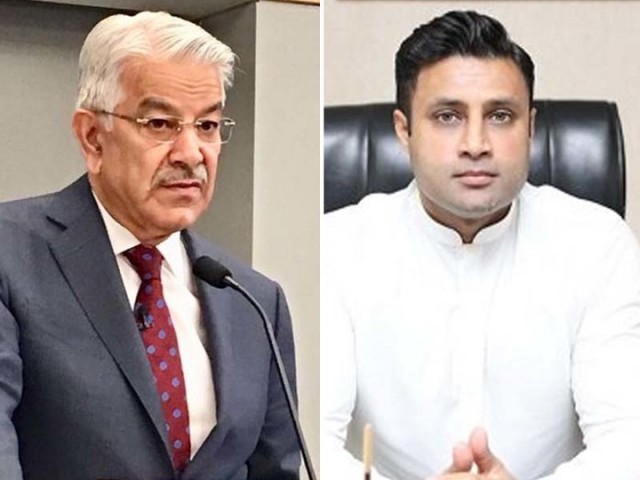 Khawaja Asif urged to apologise for allegation that SAPM responsible for spread of COVID-19 in Pakistan. PHOTO: FILE

ISLAMABAD: Special Assistant to the Prime Minister on Overseas Pakistanis Zulfi Bukhari has sent a legal notice to the PML-N leader Khawaja Asif for accusing him of using his influence to allow coronavirus infected pilgrims from Iran enter Pakistan and go to their native areas without staying in quarantine.

According to the notice, the PML-N leader on March 17 used mainstream media to claim that the SAPM allowed an influx of pilgrims from Iran by setting aside the condition of quarantine. Most of the people affected by COVID-19 in Pakistan had either visited Iran or had come in contact with the pilgrims.

Rejecting the claim as baseless and unfounded, the SAPM said the allegations were disseminated on mainstream and social media to extensively hurt his reputation.

“I, therefore, call upon you [Asif] to forthwith and in any event within fourteen (14) days of the date of this legal notice withdraw, recall and retract the said defamatory imputations and tender a proper public apology to me and cause the same to be broadcast and disseminated prominently.”

The notice warned that if the PML-N leader failed to do that the SAPM would start legal proceedings against him under the Defamation Ordinance, 2002 for damages of at least Rs1 billion and also institute proceedings in any other jurisdiction where the statement was disseminated.

According to the transcript shared by the Ministry of Overseas Pakistanis, the special assistant told Voice of America that Khawaja Asif’s statement was a blatant lie and slander.

“Being an opposition representative, the PLM-N leader should not have given such an irresponsible statement before the media. His comments about the pilgrims from Iran had created an impression that ‘Zulfi Bukhari’ was the sole reason for the spread of the coronavirus in the country,” he said.

The SAPM said such accusations against anyone could jeopardize the life of that person, and such an accuser in any other country would have landed in jail. Bukhari said he had nothing to do in the matter of Pakistani pilgrims, who were placed in quarantine at Taftan that shares border with Iran.

“The Balochistan government had decided to allow entry of some 5,000 Pakistani pilgrims at Taftan border as they were out-stamped by the Iranian authorities.

“A responsible state could not leave its people abandoned under the open sky. The quarantine facility was arranged for the pilgrims at Taftan to contain the coronavirus spread.”

He said there was no comparison between the issue of Pakistani students stranded in China and evacuation of the pilgrims from Iran.

WITH INPUT FROM APP