'Artificial' flour crisis will be over by Monday: Khusro Bakhtiar

'Artificial' flour crisis will be over by Monday: Khusro Bakhtiar 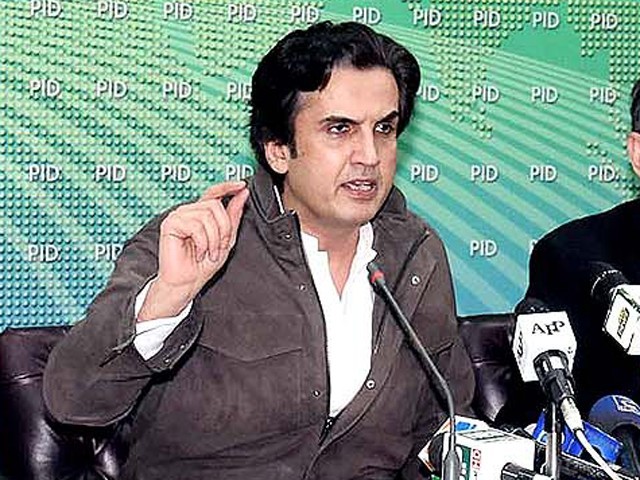 ISLAMABAD / KARACHI  : Facing seething criticism for flour prices shooting up to unprecedented levels across the country, the federal government on Sunday insisted that there was no shortage of wheat reserves in the country and pinned the blame on the Sindh government for the existing “artificial crisis”.

“The government has four million tonnes of wheat in its stock. The disturbance in the supply chain is responsible for this artificial crisis,” National Food Security and Research Minister Khusro Bakhtiar said at a news conference. “The [flour] crisis will be over by tomorrow [Monday] when flour mills will open,” he added.

Despite the minister’s claim, Prime Minister Imran Khan has approved the import of 300,000 tonnes of wheat, drawing the ire of the opposition parties, which are seeking answers for the “unexpected fall in reserves” and demanding an inquiry into the matter.

In response to the allegations, Sindh Information Minister Saeed Ghani has accused the Centre of playing a “dirty blame game”, pointing out that people were lined up in queues for flour in Lahore, Peshawar and Quetta as well.

Bakhtiar maintained that the Sindh government’s failure to timely lift wheat from the Pakistan Agricultural Storage and Services Corporation (Passco) had caused the artificial crisis in the province. However, he conceded that recent goods transporters’ strike was also to blame for the delay.

Bakhtiar pointed out that the Sindh government had failed to procure “even a single grain of wheat” this year even though its target was set at 700,000 tonnes.

“The Khyber-Pakhtunkhwa government was receiving 2,000 tonnes of wheat every day while Sindh was lifting only 150 tonnes,” he added.

The minister said the Centre had approved 400,000 tonnes of wheat for Sindh, particularly for Karachi and Hyderabad, but the province had only lifted around 100,000 tonnes.

“The Sindh government has been provided with 9,000 tonnes of wheat today for Karachi only. It will be handed over 10,000 more tonnes tomorrow,” he said adding that the Passco would provide up to 100,000 more tonnes to the province if required.

The minister said wheat supply to the KP-government had also been increased. “By the end of the season, we will have 850,000 tonnes of wheat in stock for next year.”

Earlier in the day, Special Assistant to the PM on Information and Broadcasting Dr Firdous Ashiq Awan also dismissed the wheat crisis as “negative propaganda”.

“The prime minister had approved the supply of 400,000 tonnes of wheat to Sindh but the PPP-led government only acquired 100,000 tonnes. It failure to supply wheat to flour mills has caused the price hike,” she told the media in Sialkot.

“Of the total output of country’s wheat, 60% is produced and stocked in Punjab,” she said. “Punjab is supplying around 23,390 tonnes of wheat to 814 flour mills on a daily basis through 368 selling points and 181 truck stations.”

Addressing a news conference in Karachi, PTI Sindh President Haleem Adil Sheikh said the Centre had provided wheat to Sindh and it was now the provincial government’s responsibility to ensure that it was supplied to the mills and the price hike was brought under control.

“With the additional wheat that the Centre has provide coupled with the Sindh’s own reserves, the province has least one million tonnes of wheat,” he added.

“It is not the prime minister who should be blamed for this crisis. It’s is the negligence and incompetence of the Sindh government.”

Hitting back at the federal government, Sindh Information Minister Ghani blamed the prime minister for the prevailing crisis and demanded that he should apologise to the nation for the wheat shortage.

“The federal government is pinning the blame on us to hide its own incompetence,” he added.

The provincial minister maintained that Punjab’s wheat had been supplied to K-P. “This has been done to deliberately create a shortfall in Punjab,” he claimed. “Is Sindh responsible for the wheat shortage in Punjab too?”

In a statement, Sindh Chief Minister Murad Ali Shah said the crisis in the province would be overcome by Tuesday or Wednesday.
“Passco has given 300,000 tonnes of wheat to Sindh which will be transported from Punjab and Balochistan,” he added.

The chief minister held the strike of the goods transporters responsible for the delay in transporting wheat.

He said 70,000 bags of wheat had reached Karachi on Sunday and 50,000 more bags will be provided by Monday.

Taking to Twitter, PML-N President Shehbaz Sharif fired a broadside at the PTI government or prevailing wheat and flour crisis in the country, demanding an investigation to reveal characters behind the ‘conspiracy’.

“On whose orders and at what price wheat was exported? Where have all the wheat stocks disappeared in 16 months? …the nation needs to know who benefitted at the cost of their loss,” Shehbaz, the opposition leader in the National Assembly, wrote in a series of tweets.

The former Punjab chief minister said “a comedy of infinite stupidity is at display in guise of reforms, benefitting hugely a few opportunists”.

The prices of flour have gone up across the country with the commodity being sold at Rs70 per kg in Lahore, Karachi and other cities.

Alarmed by the sudden surge in prices, the prime minister ordered a countrywide “grand operation” against wheat hoarders and profiteers.
Experts in the Express News show, The Review, made a shocking disclosure that the prices skyrocketed after the government exported 48,000 metric tons of wheat despite a ban on its export.

In the show, the hosts cited statistics of the Pakistan Bureau of Statistics (PBS) on the export of the staple food during the period of Jul-Oct 2019.

(With additional input from our correspondent in Sialkot)