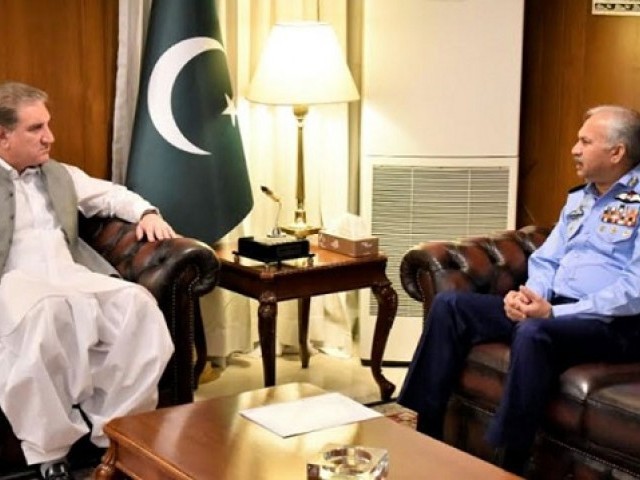 Foreign Minister Shah Mehmood Qureshi on Tuesday said that the enemy should not be under any illusion as the entire nation stands shoulder-to-shoulder with Pakistan Army.

The foreign minister met with the Chief of the Air Staff Air Chief Marshal Mujahid Anwar Khan who reiterated Pakistan Air Force’s resolve to deal with any possible attack and defend the country’s air space.

Operational preparedness of PAF and regional security situation were discussed during the meeting.

PAF chief lauds all personnel for their services during Indian strikes

Earlier, Chief of the Army Staff General (COAS) Qamar Javed Bajwa said that Pakistan was on the cusp of achieving sustainable, irreversible and enduring peace and stability.

Speaking during a talk – ‘Pakistan’s Regional Security Perspective’– at the International Institute of Strategic, the army chief said peace and stability could be complemented through meaningful international partnership, support and a will to take on regional challenges