Senate elections: Political parties to pay the price for 2008 boycott

Senate elections: Political parties to pay the price for 2008 boycott

PPP will contin­ue to domina­te as the leadin­g politi­cal party in the Senate.
By Zahid Gishkori
Published: July 9, 2011
Tweet Email 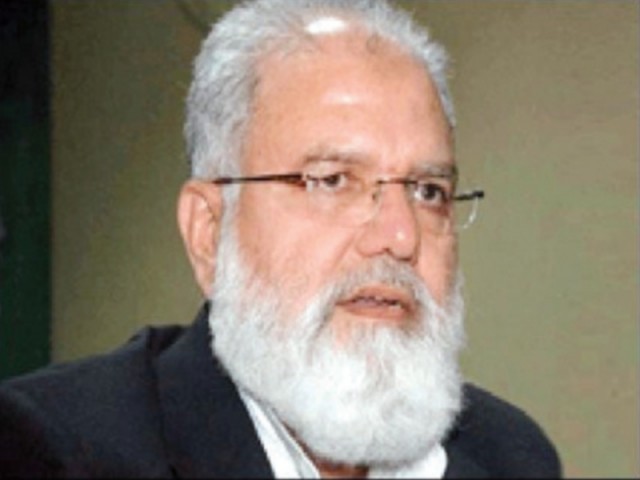 PPP will continue to dominate as the leading political party in the Senate.

The decision to boycott the 2008 general election is likely to prove costly for five political parties which will have to forfeit their representation in Parliament once their senators retire before the elections in March 2012.

Political parties which boycotted the 2008 general election will not be able to have their members elected to the Senate next year when half of its members will retire. Elections are conducted on a hundred seats in the Senate every three years. Senators are elected for a six-year term by members of the provincial and national assemblies.

Senators from the Jamaat-e-Isami (JI), Pakistan Peoples Party-Sherpao, Pakhtunkhwa Milli Awami Party and Jamhuri Watan Party will complete their tenure next year. Some of these had not participated in the 2008 general election to protest against former president Pervez Musharraf’s policies.

The top leadership of these parties admitted that the decision to boycott parliamentary elections has had far-reaching consequences.

“We have no regrets but the boycott has had an impact in and outside parliament,” said JI Secretary General Liaqat Baloch.

Pakistan Tehreek-e-Insaf, Pakhtunkhawa Milli Awami Party, Jamhuri Watan Party, Jamiat Ulema-e-Pakistan, Tehreek-e-Jafaria Pakistan and Jamiat Ahle Hadith will not be able to participate in the Senate elections because they have no representation in the assemblies.

“Irrespective of whether the JI is represented in the Senate, we will continue to jack up pressure on the government to protest against its policies,” maintained Senator Prof. Khurshid. Most parties that had united under the umbrella of the All Pakistan Democratic Movement did not fulfil their commitment to boycott the 2008 general election, said Senator Shahid Bugti of the Jamhuri Watan Party.

“Politics of personal interest hurt the democratic process in Pakistan. In addition, these parties will not be able to maintain their representation in the Senate,” he said.

After next year’s elections, the Pakistan Peoples Party will continue to dominate as the leading political party in the Senate. The PPP is expected to secure an unprecedented 43 seats in the upper house of Parliament.

The Senate itself has also expanded by four seats to represent the religious minorities in each of the four provinces, a change that took place as a result of the 18th Amendment to the constitution. After March 2012, there were 104 Senators.

After the Senate elections on March 11, 2012, several political parties will see a dramatic reduction in their representation. The most significant of these is the Pakistan Muslim League Quaid (PML-Q), which will see 19 of its Senators retiring, With a much smaller presence in the national and provincial legislatures, the party will not be able to replace or re-elect most of them.

Four of the ruling PPP’s senators will retire, but it will have 22 left in addition to a substantially expanded presence in the National, Punjab, Sindh and Balochistan Assemblies to be able to not just replace the outgoing four but to actually expand its presence to a plurality of between 43 and 45, according to some political observers.

The Pakistan Muslim League Nawaz (PML-N) will see its Senator Ishaq Dar complete his term, but the party has more than enough support to ensure his re-election and add to the remaining six senators whose terms expire in 2015.

The Muttahida Qaumi Movement (MQM) is likely to maintain is six seats after three of its senators retire while the Awami National Party (ANP) is likely to add to its current tally of six.