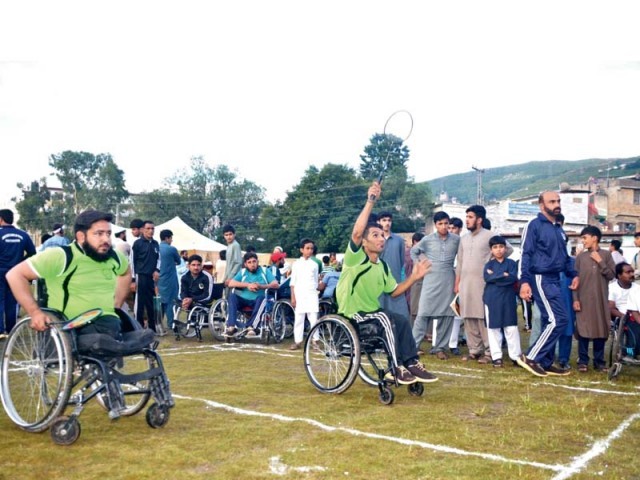 Badminton players in action at the International Special Games being held in Abbottabad. PHOTO: EXPRESS

There were tough contests between the top eight players competing in the 50m sprint race and Sami Ullah won gold medal, followed by Imran of Gujrat and Musa of Quetta. There were hundreds of spectators present on this occasion.

In the Wheel Chair Cricket Bajaur, Kujrat, Upper Dir, Gujranwala advanced to the next round after defeating their respective rivals in the Cricket Wheel Chair event. In the first match, Bajaur defeated DG Khan by 10 wickets.