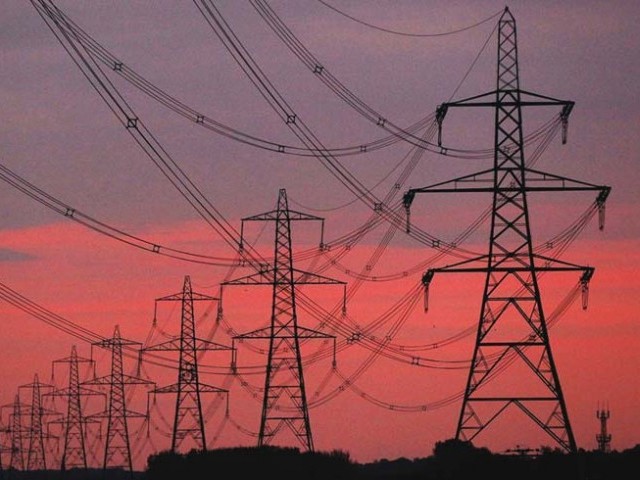 The KE presented its case before Nepra at a hearing held in the city on Wednesday. Officials of the power regulatory authority, while sitting in Islamabad, heard various stakeholders in the city through video link. PHOTO: REUTERS

KARACHI: The K-Electric (KE) has sought the power regulatory authority’s approval to send additional bills worth around Rs16.9 billion to consumers in Karachi and other parts of Sindh and Balochistan on account of surge in price of fuels for electricity generation over the past three years.

The power firm submitted to the National Electric Power Regulatory Authority (Nepra) that the surge in the prices of fuel has cost it an additional Rs20.29 billion from July 2016 to June 2019. It would, however, send additional bills totaling Rs16.9b to its 2.5 million end-consumers. The remaining additional fuel cost would be adjusted in line losses during transmission and distribution of the energy.

The KE presented its case before Nepra at a hearing held in the city on Wednesday. Officials of the power regulatory authority, while sitting in Islamabad, heard various stakeholders in the city through video link.

The KE submitted that it could not pass on the surge in fuel prices to end-consumers due to a delayed finalisation of the multi-year tariff (MYT) for the period from 2016 to 2023. The previous seven-year MYT for end consumers expired on June 30, 2016.

One of the stakeholders, an industrial consumer, submitted to the authority that it should not approve the additional billing to end-consumers since the KE has time and again failed to submit the heat rate of its generators [how much electricity is generated in one unit of furnace oil or gas].

“This is one of the essential elements to calculate what is the actual fuel cost of power generation,” he said, adding that the power utility has submitted its claims worth over Rs20 billion on end consumers on account of fuel cost adjustment for the past three years while it is yet to submit the required actual heat rate for the prior seven-year MYT that expired on June 30.

“KE has submitted the new claims based on provisional heat rate,” he said.

An official at Nepra, speaking on condition of anonymity, told The Express Tribune that it was not necessary that the regulatory authority would approve exactly what the KE had asked for. “The regulator would make its own calculations to find out whether the KE’s demand is justified or not.”

He did not, however, give a timeline as to when the Nepra would announce its verdict in the case. He said that it could take some time as they would do such calculations for a notably long period of 36 months.

The KE, in a press statement, said that the variation in fuel cost adjustment occurred, following an increase in the price of furnace oil (FO) and use of imported gas; re-gasified liquefied natural gas (RLNG). The cost of furnace oil was Rs27,700 per ton in June 2016, and jumped to Rs69,600 in FY 2019.

The other major reason for the increase in fuel cost is a reduction in the supply of natural gas from Sui Southern Gas Company (SSGC), which has resulted in the addition of RLNG in the fuel mix. The cost of natural gas in June 2016 was Rs613 per MMBTU and with the addition of RLNG in the mix, the cost has jumped to Rs936 per MMBTU in FY19, it said.

Besides the monthly fuel cost adjustment for the past 36 months, the power firm has also submitted its case for quarterly tariff variations as well. The adjustment may also additionally cost the end consumers. It, however, remains to be seen how much the KE has made the claim under this head.

The quarterly adjustments are requested to be made by taking into account adjustments in variation in power purchase price, impact of transmission and distribution losses on fuel charges variation as per the mechanism provided in the MYT and annual adjustment of operation and maintenance, bad debt, base rate adjustment component, other income, depreciation and return components, according to the KE’s petition to Nepra.

NAB orders closing several cases due to lack of evidence