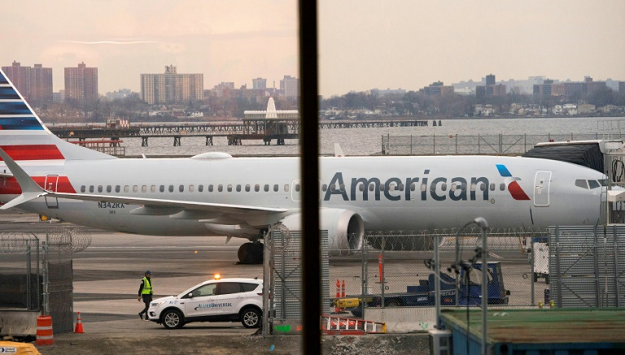 The ban on the Boeing 737 MAX aircraft spread worldwide after US President Donald Trump joined Canada and other countries in grounding the aircraft amid intense pressure about the safety concerns. PHOTO: AFP

ISLAMABAD: As several countries move to ground the Boeing 737 MAX aircraft, the Civil Aviation Authority (CAA) on Thursday clarified that no Pakistani airline was currently using the specific model.

In a statement, the CAA said it had conducted a complete review of aircraft operating in the country after Monday’s Ethiopian Airlines crash triggered global backlash for Boeing.

“The general public is informed that the specific Boeing aircraft model involved in the recent accidents are not operated by any airlines in Pakistan,” the CAA stated.

“Meanwhile, most countries have already grounded the particular model of Boeing aircraft that were involved in the recent accidents.”

All 157 people on board the Ethiopian Airlines Boeing 737 MAX 8 were killed when the plane crashed minutes after take-off from Addis Ababa.

The crash was the second involving the same model in less than six months, as 189 people were killed in October when a Lion Air plane crashed in Indonesia.

The single-aisle 737 is central to Boeing’s future in its battle with European rival, Airbus SE. The new variant of the 737, the fastest-selling jetliner in Boeing’s history, is viewed as the likely workhorse for global airlines for decades.