Here's what the 'Teefa in Troubl­e' actor had to say about it
By Entertainment Desk
Published: February 22, 2019
Tweet Email 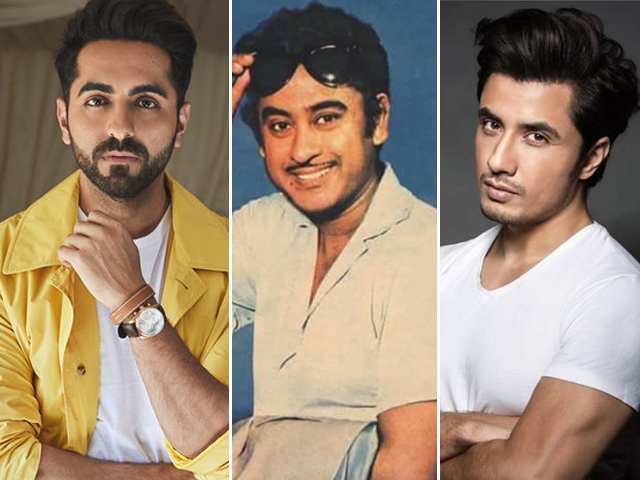 Ali Zafar’s name has popped up in the list of potential actors to portray legendary Bollywood playback singer, Kishore Kumar in an upcoming biopic. However, the Teefa in Trouble star feels he cannot match up to the late genius’ talent.

On Thursday, a social media user tweeted that while actor Ayushmann Khurrana earlier hinted that he would love to play Kumar, the AndhaDhun star still feels Ali would be the most suitable choice for the role.

While @ayushmannk recently hinted on show with @RajeevMasand that he would love to play Kishore Kumar Biopic, but @AliZafarsays should be their in that biopic.

Ali replied, “I don’t think I can match to his genius. But thank you for the love. Always.”

Yaar I don’t think I can match to his genius. But thank you for the love. Always ❤️ https://t.co/L9Gy0qjR74

The Jhoom singer then shared a link of a song titled Pyar Baantte Chalo from the 1965 film Hum Sab Ustad Hain.

“Dear Kishore Kumar. You are needed now more than ever… A tribute to the great Kishore Kumar,” he captioned the video.

Film associations in India have banned collaborations with Pakistani talent, in the wake of the February 14 Pulwama terror attack.

Teaser of Armeena Khan, Mikaal Zulfikar’s ‘Sherdil’ doesn’t give away as much as we’d like