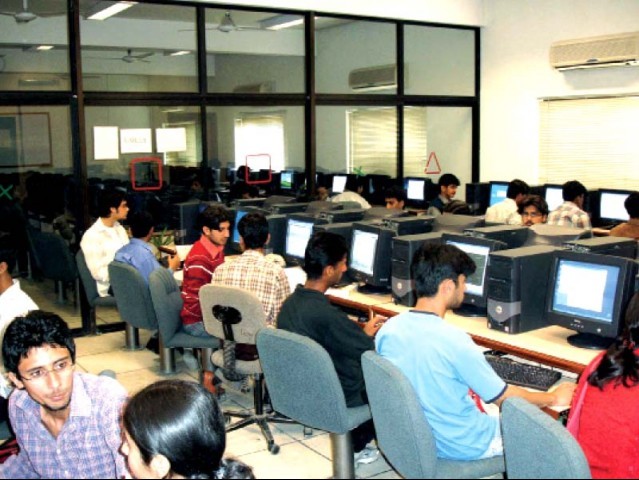 Parties urged to include technical education in manifestos. PHOTO: FILE.

Cheema urged the political parties to think about the future of the country’s 65 per cent youth as neglecting these youngsters could fall them in the hands of terrorists and extremists.

The technical and vocational sector has enough strength to change the fate of the country by engaging youth in skills development, he emphasised.

He underlined the need for announcement of a special package by political parties for skills development sector to alleviate poverty and boost the economy.

According to the foreign experts, a huge number of unemployed youth would be the burden on Pakistan’s economy, he said and stressed that the issue needs to be resolved on urgent basis, he said.

He said that for the first time in the history of Pakistan, the National TVET Policy has been approved by the Parliament which would be helpful to boost the sector.

He said that the industrial sector is strengthened through establishment of Sector Skills Councils.

“We are providing international standard training to 100,000 youth annually and the number would be further increased in near future,” he vowed. He said that efforts are being made for affiliation of Pakistan’s world class technical institutes with those of Europe and Australia and other countries so that the youth can find jobs in those countries.

By signing these agreements, NAVTTC certificates would be accepted in other countries, he added.

He lauded the role of NAVTTC partner’s including Giz, Germany, Netherland and other countries for supporting in uplifting of the sector. To cater the needs of modern era, NAVTTC is introducing high-end technology courses including mechatronics, robotics, industrial automation, restaurant management and heavy machinery operation, he informed the media persons.

‘We need to equip the youth with skills’

He said that thousands of paramedics and nurses will be trained in view of national and global demand for paramedics. However, he said a centre of excellence are being established in all provinces to raise the standards of training adding a state of art institute for hospitality is also being built with the assistance of Turkey.

The skills competition have improved the standards the training along with inspiring the youth towards TVET sector, he said. It has also increased the employment of youth and they are earning between Rs20,000 to Rs100,000.

Cops given a month to leave CDA flats