Will now be tabled before ECNEC for final approv­al
By Shahbaz Rana
Published: May 25, 2018
Tweet Email 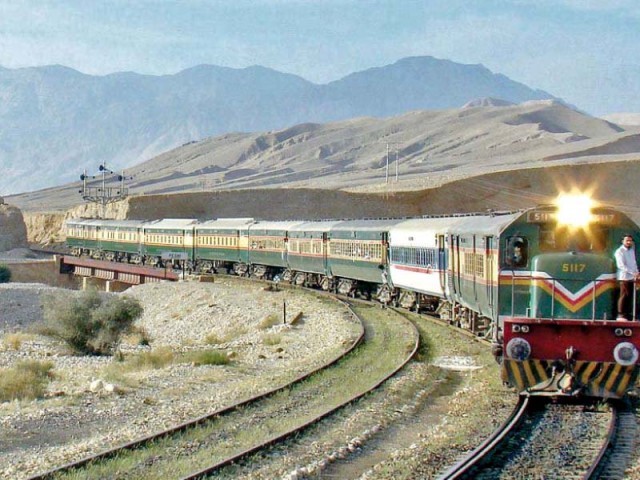 The CDWP cleared the project in June 2016. Then, in September 2017, it again discussed the scheme due to changes in the design cost. PHOTO: FILE

ISLAMABAD: Pakistan haphazardly cleared on Thursday the Mainline-I project of the China-Pakistan Economic Corridor (CPEC) at an initial price tag of $3.4 billion, as ambiguity remains over financing, scope and exact cost of the ‘strategic project’.

The Central Development Working Party (CDWP) recommended the project for final approval of the Executive Committee of the National Economic Council (Ecnec). The CDWP has a mandate to approve projects worth up to Rs3 billion or $26 million, and all other schemes over the threshold are cleared for final approval of Ecnec.

Projects that are referred to Ecnec include up gradation of Pakistan Railways existing mainline-1 (ML1) at a cost of Rs381.1 billion ($3.4 billion), according to an announcement by the Planning Commission on Thursday. The Mainline project of Pakistan Railways has been declared as a strategic project by both China and Pakistan.

It was for the fourth time that the mainline project, which is part of CPEC, has gone for CDWP’s endorsement. Earlier, the CDWP cleared the project in June 2016. Then, in September 2017, it again discussed the scheme due to changes in the design cost. Again in March, the project was put before the CDWP but was withdrawn.

Just three days ago, Minister for Planning and Development Ahsan Iqbal said that the project was not yet ready and Pakistan was waiting for China’s response on the exact financing modalities of the scheme. The total cost of the two phases of the project will be far higher than $8.2 billion, which had been estimated four years ago. Iqbal had given the statement after chairing the CPEC review meeting.

The CDWP’s endorsement is just the beginning of the process of approval and it is not the final approval, said Sartaj Aziz, Deputy Chairman of the Planning Commission. Aziz chairs the CDWP meeting. He said the important part will be financing terms, as Pakistan wants competitive pricing.

Aziz said the mainline project was very critical for Pakistan Railways, as this single project can revive the state-owned enterprise.

However, the CDWP has cleared the scheme in a haphazard manner, which may further delay its execution. The government neither knows the project’s exact cost and financing, nor does it have any idea about the terms of Chinese loan that will cover 85% of the total cost.

“Pakistan Railways was categorically asked to submit a firm cost and scope, however, to date it is not available with Pakistan Railways,” according to the working paper of the project that was submitted to the CDWP for its decision.

On May 12, Pakistan Railways informed that the Design Consultants, Creek, will submit the complete working of cost including drawings during the first week of June and only then the Review Consultant would be able to verify the firmed up scope and cost of the project, it added. The PC-I based on such firmed up cost could be submitted to the Planning Commission in the second week of June, the working paper noted. Yet the CDWP went ahead with the decision to clear the scheme.

The Member Infrastructure suggested that even before launching the ML-I project, the newly developed Railway Strategic Master Plan including management and regulatory changes should be adopted. A Railways authority should be set up as an independent watchdog and Pakistan Railways be restructured, according to him.

A third party must certify not just the price and specifications but also the scope and the underlying principles driving the project programme and project design. He also proposed to set up a ML-I corporation as a separate company under Pakistan Railways to handle the project.

The CDWP cleared the scheme at $3.4 billion cost but the Chinese have estimated the cost of the first phase at $4.1 billion. Initially, the total cost of the project, which has a length of 1,872 kilometres, had been estimated at $8.2 billion. But the government subsequently decided to split the project into two due to its high cost and the work that requires refurbishment and expansion of the main rail line.

Now, Pakistan wants to construct only the 748km track under phase-I of the project, according to the new PC-I of the scheme.

The Planning Commission has already mishandled the 969MW Neelum Jhelum hydropower project that had also been approved without first securing the financing and incomplete design. The project cost jumped from Rs15 billion in 1989 to Rs507 billion in 2018.