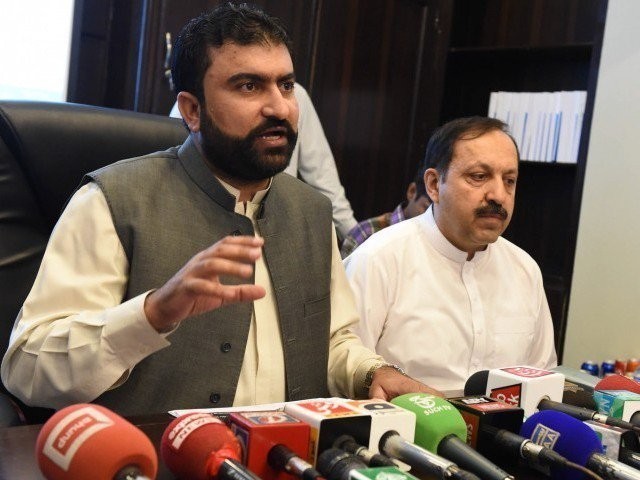 QUETTA: Balochistan Home Minister Sarfraz Bugti assured the people that the provincial government would not permit smuggling and at the same time officials and personnel involved in corrupt practices at check posts would be punished.

Briefing the media on the decisions taken by the provincial cabinet, he said that the government would take severe action against the personnel of law enforcement agencies found guilty of taking bribe at any check post.

He announced that the government had withdrawn all powers of police and the Levies force under the Customs Act preventing smuggling of goods in Balochistan.

At the same time, the provincial government had approached the federal government for withdrawal of powers under the Customs Act to the Frontier Corps or the other paramilitary forces operating in Balochistan.

The home minister gave the impression that it was a procedural matter and it had been taken up with the central government for early withdrawal of powers to the FC and other paramilitary forces under the Customs Act, allowing free movement of goods and services within the province.

However, smuggling of goods from Iran, Afghanistan or three sea routes will remain banned and only the Pakistan Customs is authorised under the law to take appropriate action.

It will be the exclusive right of the Pakistan Customs to undertake anti-smuggling operations in any part of Balochistan.

Bugti said that the government would seal the borders, making it difficult to smuggle goods in Balochistan, using unfair means and tactics.

The anti-smuggling powers to the police and other law enforcing agencies was clear burden as their prime duty is to fight lawlessness and terrorism and maintain peace, Bugti said.

On other issues, the home minister said that Lehri area had been merged with Sibi district again while Sohbatpur had been granted the status of a separate district of Naseerabad division.

He said that the cabinet had a taken a decision according to which those 180 candidates who qualified the NTS test and interviews in 2015, would be given job as they will withdraw their case from a court of law.

The minister said that the government would withdraw its appeal from the Supreme Court and decided to provide jobs to those who qualified the tests.

The minister said that Mir Chakar Khan Rind University will be established for which necessary legislation will be made in the provincial assembly in due course of time.

The Services and General Administration Secretary was reprimanded by the cabinet for providing incomplete details about vacant jobs in the government departments.

He was asked to present complete details about vacancies in all the government department in the next meeting of the provincial cabinet.

To a question about slashing around Rs1.5 billion of the Balochistan fund by the federal government arbitrarily, he was found wanting, saying he had no knowledge about it.

“If it is a fact that the federal government had deducted Rs1.5 billion from the Balochistan funds, then such actions would increase a sense of deprivation among the people of Balochistan,” he said.

About the safe city project, Bugti said that officials belonging to the company concerned have reached Quetta to start work on the project.

The cabinet also decided to extend the Civil Defence Headquarters to the divisional level.