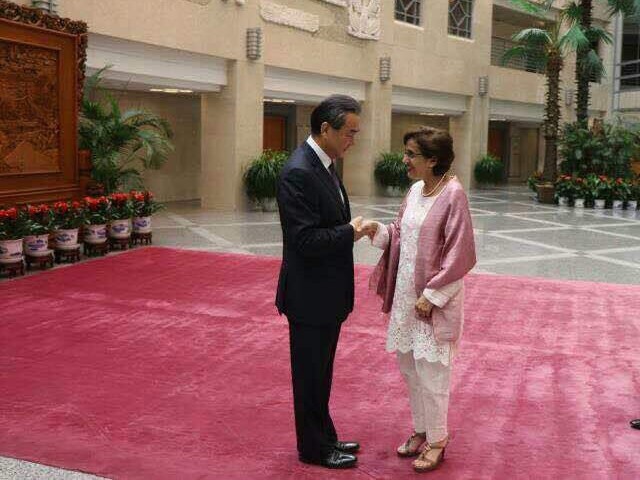 China has urged the international community to recognise Pakistan’s sacrifices in fighting against terrorism following US President Donald Trump’s comments accusing Pakistan of “harbouring terrorists” in the country.

Beijing’s reiterated its support when Foreign Secretary Tehmina Janjua, who is on a visit to China, called on Foreign Minister Wang Yi on Tuesday, a FO statement said.

He also said the US could “no longer be silent about Pakistan’s safe havens for terrorist organisations”.

“We are paying Pakistan billions and billions of dollars at the same time, they are housing the terrorists but that will have to change,” the president added.

The Chinese foreign minister lauded Pakistan’s contributions and great sacrifices made in the fight against terrorism. “The international community should fully recognise these efforts.”

Politicians react to Trump’s remarks against Pakistan over Afghan policy

Tehmina Janjua reiterated Pakistan’s support to China on all issues of its core interest.

She said the recent visit of Vice-Prime Minister Wang Yang on the occasion of the country’s 70th Independence anniversary had further solidified the time tested friendship between the two neighbouring countries.

Islamabad and Beijing agreed to continue close consultations on efforts for lasting peace and stability in Afghanistan and underscored the importance of the Trilateral Afghanistan-China-Pakistan Foreign Minister’s meeting.