OGRA had recomm­ended up to 36% increa­se in tariff for the ongoin­g fiscal year
By Zafar Bhutta
Published: December 30, 2016
Tweet Email 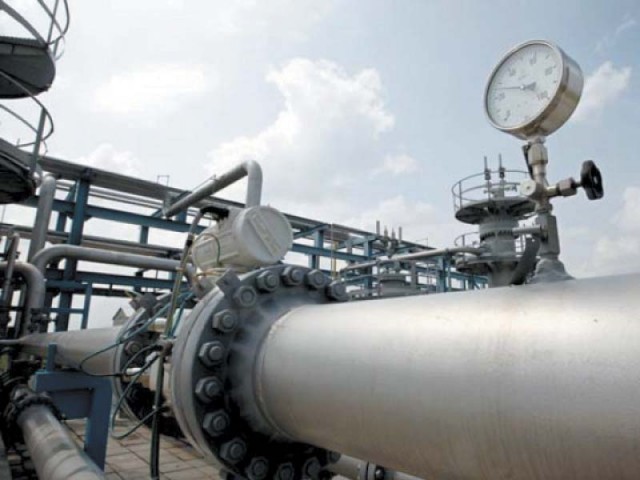 Currently, the government is cross-subsidising gas prices for different consumers, including domestic users, by putting burden on other consumers. PHOTO: REUTERS

ISLAMABAD: The government has decided to keep gas prices unchanged except for the fertiliser and power sectors despite an increase of up to 36% recommended by the Oil and Gas Regulatory Authority (Ogra) for the ongoing financial year 2016-17.

Ogra had decided to increase gas prices by 36% and sent the decision to the petroleum ministry to seek its advice and notify the new prices.

Following the advice of the federal government, the regulator on Friday notified a cut in gas prices for the fertiliser and power sectors. However, prices were kept unchanged for other consumers including the domestic users.

The Economic Coordination Committee (ECC) had recently slashed gas prices for the power sector by about 35% to Rs400 per million British thermal units (mmbtu) from Rs613 per mmbtu aimed at eliminating the price disparity and reducing the electricity price. Ogra has implemented this decision.

However, the government reduced the gas price for the fertiliser sector by 41 paisa per mmbtu.

Ogra had approved an increase in the average prescribed gas price for Sui Northern Gas Pipelines Limited (SNGPL) by Rs57.89 per mmbtu while prices for Sui Southern Gas Company (SSGC) were to go down by Rs65.12 per mmbtu.

“Now, the government will provide money to SNGPL to meet its revenue requirements through the gas development surcharge,” said an official.

The regulator rejected an SNGPL request to increase the unaccounted-for-gas (UFG) benchmark to allow the company to recover 4.5% of total losses from the consumers.

Due to the high losses, the company will have to face a Rs7-billion hit on its profitability.

SSGC had requested to set the UFG benchmark at 7%, but the regulator set it at 4.5%. SSGC will have to bear a dent of Rs13.8 billion on its profitability due to the high losses.

Currently, the government is cross-subsidising gas prices for different consumers, including domestic users by putting burden on other consumers.

The regulator has sought the federal government’s advice whether or not it should continue its policy of cross-subsidising prices or give a direct subsidy to the consumers.