Egypt unrest: Where now from here?

Who will fill the power vacuum Egyptians are fighting for? Will the revolution run its course?
Hassan Khan February 08, 2011

As we go into the twelfth day of protests in Egypt, the only authority left in the country seems to be the people themselves. They have spoken and they will not be silenced till their demands are met. However, the fundamental changes to Egypt and the region’s political landscape are yet to be determined. Who will take over and where do we go from here?

Similar to Iran’s Shah Mohammad Reza Pehalvi, President Hosni Mubarak served as a friendly arbitrator of US relations and strained Israeli relations in the Middle East. To establish the future direction, ignoring US interests would be simply foolish.

The hints are always in the fine print, the key word being rammed down our throat has been “transition”. The US president, allies and, last but not least, Israel have all called for a peaceful transition of power. The question remains, to whom?

In the midst of the chaos, the country’s elite may well drain the opposition during this transition period, enacting reforms to purport the illusion of change. In this scenario, the state control of media would stay in place and surely a president, vetted by the current status quo, elected. The transition to a democracy would be a messy and long one and Egypt will most likely remain a key partner of the United States.

The second most likely outcome lies in locally repressed actors such as the Muslim Brotherhood. Many in the media cite the Muslim Brotherhood as a likely contender; however, others discredit the strength of the Muslim Brotherhood to only 100,000 adherents out of a population of more than 80 million. And since there is no Egyptian spiritual or religious leader living in Paris awaiting a return to Cairo or at least none that we know of, the chances of an Iranian style revolution remain slim.

The least likely outcome lies in the due process of the revolution, for it to run its course without any foreign and local interference. In this scenario, the inferno would run wild and no longer limit itself to the borders of Egypt. The populace in a host of regional countries, facing common challenges, such as inflation, poverty and unemployment, and most importantly dictators, would join hands to end all ‘Pharonic dynasties’. Did I mention this was the least likely outcome? 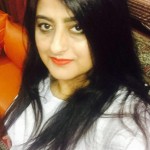 M | 10 years ago | Reply Very well said Mr. Khan!
parvez | 10 years ago | Reply Liked it, as you have managed to cut through the cloud of euphoria and laid out the three likely options available. One thing is crystal clear that politics, attitudes and relationships of all countries in this region have and will change due to this Egypt eruption.
Replying to X
Saved ! Your comment will be displayed after the approval.
Error !
Error! Invalid Email.